Microsoft is getting rid of Windows 10 Timeline free syncing feature 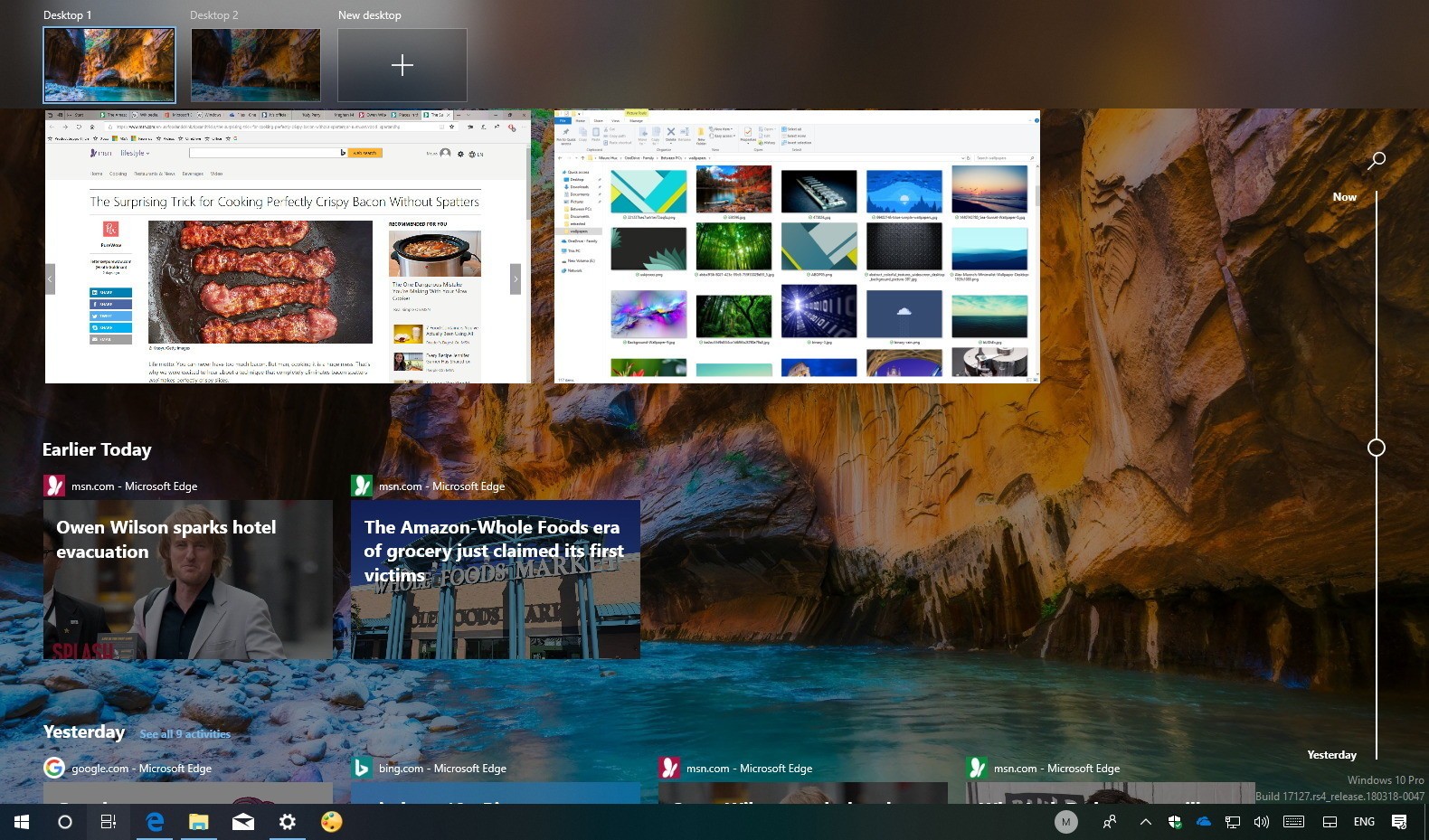 Microsoft has recently clarified through a Windows Blog today that a useful feature from Windows 10 is most likely to go away with the next beta version of the Windows 10 Operating System. The feature that the company is talking about here is “Timeline”.

While the Windows maker clarifies that the Timeline feature will still be a prominent part of the Windows 10 Operating System, in the new beta version, it will get rid of the free syncing option. This means that if you are using a Microsoft account to sign in on your Windows 10 device, the Timeline information and history will be stored locally on the device and syncing will no more be a part of the experience.

As mentioned in a report by Engadget, Thurrott pointed out last year that Microsoft is killing the Windows 10 Timeline Sync with Android as the company has removed its launcher on the Android platform.

For those of you who don’t know or don’t use this feature, Timeline is available on the Taskbar of your Windows 10 device. When you click on the small icon, it shows you a history of the activities that you are performing and have performed in the recent past and also supports syncing of this information with other activities on your Windows-operated Personal Computer. This feature basically allows users to pick up from where they left off.

As mentioned in multiple reports, the feature can also sync your Windows 10 device with your Android or iOS-based smartphones when signed in with your Microsoft account. You may see the word document that you left on your PC available on your iPhone. Simply, pick up where you left off without any hassle. However, as mentioned earlier, Microsoft ended its syncing support for Android platform last year.

As mentioned in a report by Engadget, the Timeline feature on Windows 10 was a major update in the 2018 fall update on Windows 10. However, by the month of June, Microsoft will end support for all cross-platform synchronisation that happens on your PC. So, users who are actively using this feature, kindly be mentally prepared.

In the recent update about the feature, Microsoft confirms and rather clarifies on its point that with the next beta version of the Windows 10 Operating System, the Timeline feature will work perfectly fine and will sync all cross-app data and activities happening on your Windows 10 device, but the only difference will be that it will stop storing that data on the clout for other platforms to pick up where you left off. No syncing of Timeline on Windows 10 from June onwards, confirms Microsoft.