Microsoft Corp. is all set to expand its business in Asia further and is planning to set up as many as four new data centers in China by the beginning of 2022. 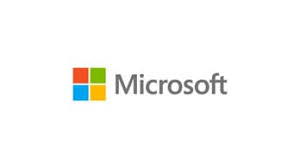 This move sees the tech giant massively speed up its growth in the Asian continent, and comes after the company announced that it is looking to expand its network of data centers in the northern region around Beijing. These four new centers will join the existing six data centers that are already located in China and operated with 21Vianet, the firm’s local partner. The news was first reported by Bloomberg, and so far, no comment has been provided by Microsoft.

The industry biggie is probably looking to capitalize on the growing opportunity in China, as the country’s companies slowly over towards cloud computing, despite having been rather slow to do so. Meanwhile, the Asian nation is all set to enforce a new set of data security guidelines in September, which is providing further impetus to the use of the cloud. Moreover, the cloud market in China is expected to see major growth in 2023, reaching a value as high as $46 billion.

Apple too had expanded its local services in the country by forging a partnership with a locally-based firm, as it had already planned ahead towards a growth in the data and cloud storage and computing market. However, at the same time, these US-based tech giants face stiff competition from domestic cloud infrastructure leaders, especially Huawei Technologies Co., and Alibaba Group Holdings Ltd.

Nevertheless, Microsoft is well known for being a strong contender in the cloud market, and its Azure ecosystem is one of the world’s most popular cloud computing systems, enabling its millions of users to run applications and host other data in the cloud. Meanwhile, its Office 365 application too, relies heavily on cloud services, and provides for internet-based versions of its familiar multi-utility applications, namely Word, Excel, and PowerPoint, allowing customers to create and edit on the go.

Its expansion in China will apparently lead to an effective doubling of its cloud capacity in the country in the next few years.

As of the quarter which closed on March 31st, the Washington-based company recorded $17.7 billion worth of sales, rising by as much as 1/3rd (33%) its previous record. Capital expenditures during the same period stood at $6 billion.