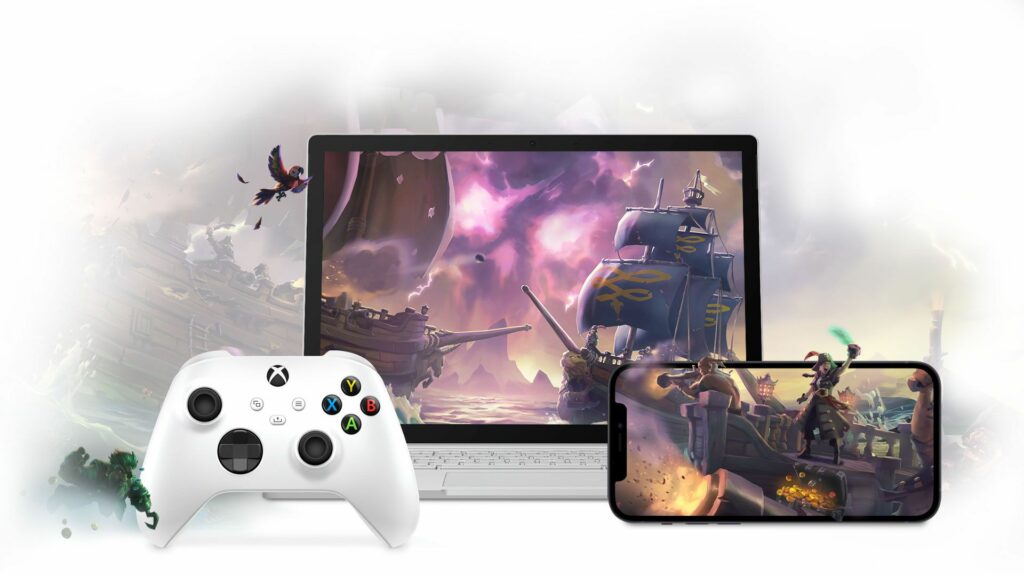 Microsoft announced plans to bring its Project Xcloud to the Xbox One and Xbox Series X and S consoles later this year. The service brings exclusive experiences of the Xbox Series S and Series X to older Xbox One hardware, including titles such as Microsoft Flight Simulator and Medium. Microsoft will also bring support for Xbox Cloud games to both consoles through a built-in Microsoft Store, offering new ways of streaming Xbox Game Pass titles waiting to be downloaded.

Microsoft confirmed that the service will allow users to play titles on the Xbox One without having to upgrade to a new-generation console. This feature also allows Xbox One players to experience exclusive Xbox games. Players can enjoy and stream a library of over 100 games if they are members of the Xbox Game Pass ultimate. Microsoft has really done a great job bundling its cloud game offering with its monthly Game Pass.

Microsoft is pushing forward with the next stage of its plan to bring Project Xcloud to as many devices as possible, and it is an important step closer to it. The announcement came during Xbox’s presentation at Gamescom 2021, Microsoft later summarized everything at their official Xbox Wire blog. The announcement that Project Xcloud will come to the Xbox consoles is one of several announcements made during the Xbox Gamescom broadcast and we have full coverage for you here at TechStory.

Microsoft is constantly expanding its video game offering and plans to add a new service to its Xbox consoles later this year. What this means is that Xbox console owners can now stream their games over the cloud and play on their consoles without worrying about downloading and installing or storage space. Earlier this year, the Xbox Cloud Gaming service was available on iOS, Android, and web browsers and now works on the Xbox One series S and series X. This means that you can play all supported games on these consoles with 1080p resolution and 60 fps frame rate without installing them.

Looking at Microsoft’s description, it looks like the Xbox Cloud service on the console will look and feel like it’s on other devices. Microsoft says that with the service you have only to navigate to the Xbox Game Pass, search for the Game Cloud icon and click the Play button.

Players will be able to play Cloud-based games at 1080p and 60 fps to ensure high-quality gameplay. In multiplayer games, invite your team so you can participate in the game without having to wait for it to be installed. Microsoft says that from this fall it will begin testing the cloud gaming experience on consoles for Xbox Insider members.

The team at Microsoft will test the cloud gaming experience starting this fall and will release it for the Xbox Insider Program, Where additional feedback data will get collected and analyzed before fully releasing it to the public. Microsoft announced a ton of new things at Gamescon 2021 including their latest update to the Microsoft Flight Simulator and tons of gameplay footage and so on. We’ll be covering most of it so keep an eye out for more information.

Microsoft has announced that new and upcoming games such as Dying Light 2, Age of Empires IV, State of Decay 2, Psychonaut 2, and Forza Horizon 5, will be available on Project Xcloud for Xbox Series X, Series S, and Xbox One consoles. Microsoft’s cloud gaming service for Xbox Game Pass Ultimate subscribers allows users to stream Xbox games to their phones, tablets, and other devices. In the announcement released Tuesday the company announced that the service will be available on all Xbox consoles for the Christmas game system Microsoft Xbox X and Xbox S, as well as the Xbox One console. 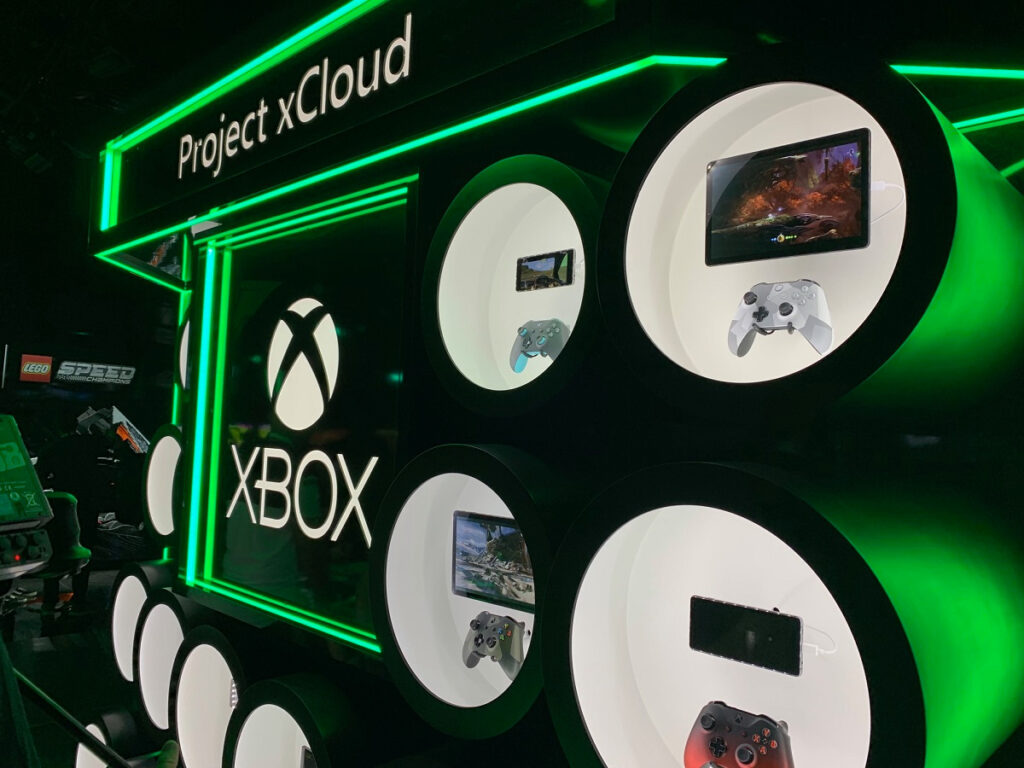 In addition to focusing on Xbox hardware, Microsoft also has a subscription service called Xbox Game Pass, which allows gamers access to a library of more than 100 titles for just $15 a month. Microsoft announced that Xbox Cloud Games will appear this holiday season in your Xbox X/S and Xbox One series consoles via the Ultimate Game Pass subscription to advance this plan and facilitate gaming on the platform. While Microsoft is investing in its hardware, the company is also focusing more on Xbox Game Pass, the subscription service giving players access to the library of over 100 games for $15 a month.

Microsoft’s cloud gaming endeavors will get a big push when Project Xcloud will finally be out on consoles for the general public at the end of this year. The company detailed the services that are expected to roll out on Tuesday at Gamescom 2021 and is set to launch via its Xbox Game Pass Ultimate subscription this holiday on Xbox One and Xbox Series X and S consoles. 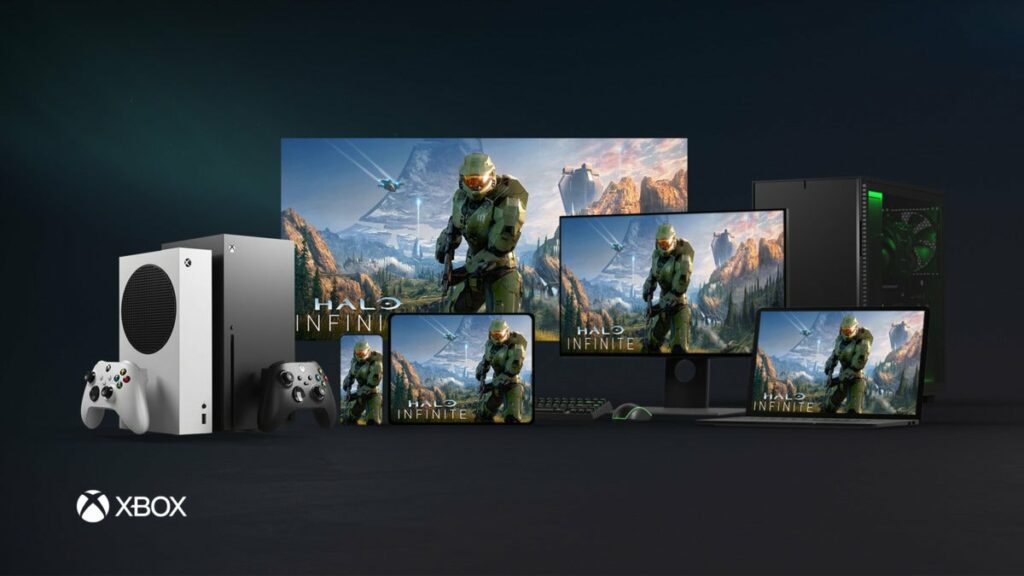 The company is also working on a new standalone streaming device that connects with a TV or monitor and allows Xbox games to play without a console. In addition to consoles, the company has announced partnerships with Internet-enabled TVs that allow you to play an Xbox game with a controller. Microsoft is pressing ahead with the development of gaming services. The company is investing heavily in cloud-focused titles, opening up new opportunities for technologies it has largely abandoned for console gamers. Cloud gaming does not diminish the need for a new console, but Microsoft has emphasized its commitment to physical hardware.

It won’t be long before Xbox players can play their games in the cloud, no matter what device they use. Microsoft’s new service means that Xbox players can stream games soon rather than downloading them. Microsoft will update its Xbox dashboard for the Xbox One and Xbox Series S consoles as well as Xbox Series X and Series S to add a cloud icon that shows which games are streamed.