Microsoft’s best chance to win approval for Activision Blizzard, let’s find out! If the acquisition gets completed, it will be one of the biggest deals of all time and the largest deal for Microsoft to date.

Microsoft intends to acquire Activision Blizzard Inc. for $69 billion on January 18, 2022. However, the deal approvals have not yet been received by Microsoft.

The company’s best chance to get the approval of the deal from US regulators is by persuading the Biden government to acknowledge a settlement in which the Xbox maker vows it won’t withhold its famous titles from opponents.

That’s a very long picture, as Biden’s antitrust enforcers aren’t fond of such agreements, especially after this month’s Ticketmaster blowup put the limelight back on a failed 2010 Justice Department settlement with Live Nation Entertainment Inc. The UK and Australian antitrust officials have raised concerns that the takeover would give an overwhelming advantage to Microsoft in cloud gaming. For Federal Trade Commission Chair, Lina Khan that is an area of particular sensitivity. She previously sued to stop Meta Inc from acquiring a popular fitness app that would give the company to gain an edge in the VR market. 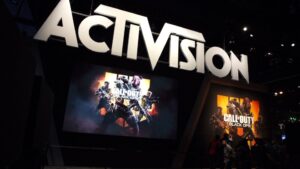 Khan didn’t respond particularly on the Microsoft-Activision deal but she said at a conference that was held in October that the Federal Trade Commission is focusing on ways digital platforms use mergers to maintain their dominance during periods of technical transition.

“Right now we are seeing that period of technological transition — be it in the context of the cloud or voice assistants or virtual reality,” Khan said. “We have to be especially vigilant across the board, but particularly in the merger context.” The acquisition of Activision Blizzard was announced for $69 billion from Microsoft as it would be profitable for their own gaming console Xbox and can dominate around cloud and console gaming platforms with popular titles. The game developer company Activision Blizzard has made some of the most popular and known titles that include World of Warcraft and Call of Duty.

If the acquisition gets completed, it will be one of the buggest deals of all time and the largest deal for Microsoft to date.

Though the Brazilian antitrust officials agree to the deal other rival regulators which include the UK and European Union have raised worries that if they attained it the prevalent titles would be platform-dependent and it could deny launching mainly from their rival firm PlayStation of Sony Group Corp.

Microsoft said it has proposed a proposal that would save Call of Duty on the Playstation for the next 10 years. However, that sort of settlement might not calm regulators, said Bloomberg Intelligence analyst Jennifer Rie.