MicroStrategy Inc., an enterprise software company based in the US, announced on Monday that it has bought an additional 13,005 bitcoins for around $489 million in cash at an average price of $37,617 per bitcoin. This number includes both fees and expenses. 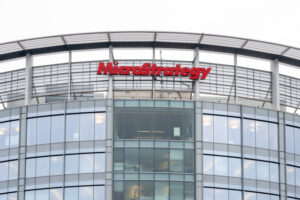 Therefore, at the current price of $32,261, the aggregate Bitcoin holding of MicroStrategy is estimated to have a worth of around $3.4 billion.

MacroStrategy LLC is a subsidiary of MicroStrategy and holds around 92,079 of those Bitcoins. The company, which is led by American entrepreneur and business executive Michael J. Saylor, had previously announced that it will form this that will hold an estimated existing 92,079 bitcoins.

Earlier this month, MicroStrategy had raised $500 million through senior secured notes at an annual rate of 6.125% that is due in 2028 in a private offering to qualified institutional buyers.

The company also plans to sell up to $1 billion of its common stock and intends to use some of the obtained net proceeds to buy more Bitcoin.

MicroStrategy is among one of the earliest corporate backers of Bitcoin, which is the world’s oldest and biggest cryptocurrency. In August 2020, the company had mentioned that it was using existing cash on its balance sheet to purchase Bitcoin.

The world’s biggest cryptocurrency was in the red due to a stringent and intense cryptocurrency crackdown in China. It was reported that authorities in the southwest province of Sichuan ordered bitcoin mining projects to close on Friday.