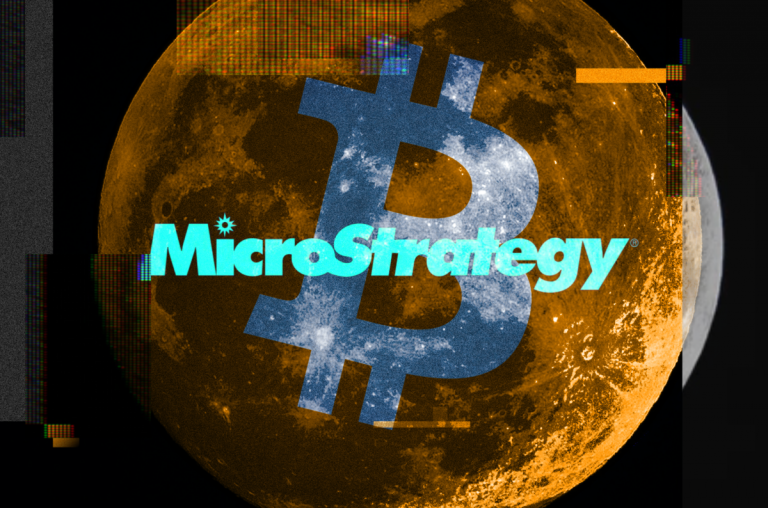 Microstrategy to sell stocks and invest $500M in Bitcoin

Microstrategy, the largest Bitcoin holding company, plans to sell $500M worth of stocks and invest it into Bitcoin. This is quite a bold step to take when their investments haven’t paid off till now. At the same time, the company hasn’t been doing well financially and has posted a loss of over $1 billion in q2 2022. So, it will be interesting to see how investors react to this.

Microstrategy to put another $500M in Bitcoin

Microstrategy has made a deal with Cowen and Company and BTIG to sell them $500M worth of class A shares to invest in Bitcoin. This was revealed by a filing with the SEC. Microstrategy currently holds 129,699 Bitcoin worth around $2.8 billion at the current price of $21.6k. They purchased the same for $3.977 billion. So, the company’s investments are down more than 25%. However, this is a good time to buy the dip, as Bitcoin might not see a low of $20k again.

Do note that the statement from the company suggests that the proceedings from the sale would also be used for general corporate purposes. So, the entire amount might not go to Bitcoin. But nonetheless, they are going to invest a good chunk of it in BTC for sure.

The company could be the biggest hit of the decade

The way Microstrategy has been accumulating Bitcoin like there is no tomorrow could either make them the biggest hit of the decade or a major flop. Michael Saylor, the former CEO of the company, has time and again said that they are never going to sell their Bitcoins. He also added they are going to keep buying no matter what the price is and believes Bitcoin will touch $1 million and eventually even go to $5 million. Whether that happens or not will make their investment the best or worst in this decade.

Microstrategy is so hung up on its Bitcoin plans that Michael Saylor has stepped down from his position as the CEO just to plan the BTC investments. The current CEO of the company is Phong Le.

What are your thoughts as Microstrategy plans to sell stocks and invest $500M in Bitcoin? And do you think this is a good idea seeing their current losses? Let us know in the comments below. And, if you found our content informative, do share it with your family and friends.