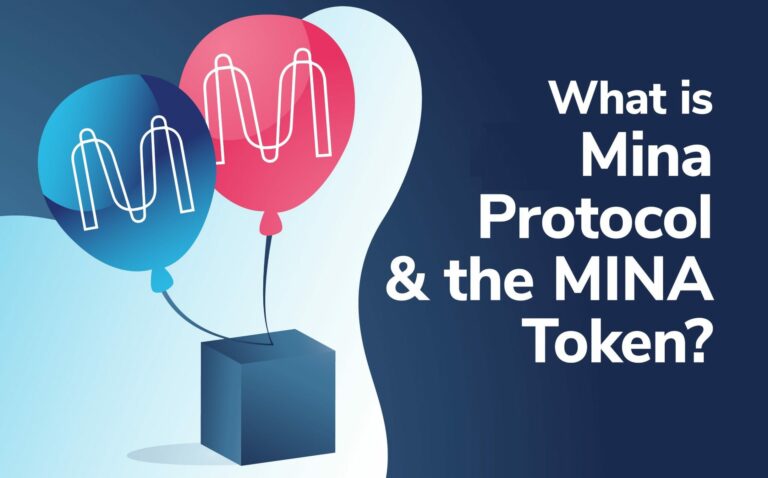 Cryptocurrency or as often referred to as, crypto is merely an online currency that can be used for the purposes of trade, exchange as well as buying and selling of goods and services over the internet. Having seen a boom in popularity over the past couple of years, I am sure that most of you are already aware of virtual currencies and their functioning but for some others who are still struggling with the entire concept of cryptocurrencies, let me make it easier for you.

Digital currencies are somewhat similar to physical money which can only be spent over the web of course. This is an industry that has witnessed significant growth and development over the past few years and since it was first introduced, its growth has always been on an upward scale.

For those of you who are following crypto from its initial phase will agree with the fact that when the industry first started, there were not many people willing to invest in online currencies but as a matter of fact, if you look around today, I believe that it has managed to attract major global investors as well.

Cryptocurrencies are often considered to be a risky investment but still, it provides a means of passive income to the people who have extra money lying around and are looking for an investment. Crypto is portable and that is one of the biggest reasons for its desirability. Apart from that, the entire user experience is just something that is highly intuitive. looking at all of this, potential investors from all over the globe are intrigued to put their money in virtual currencies.

Some other things that are worth mentioning include that crypto uses blockchain technology in order to function, it is a completely decentralized platform and thus will be able to work outside the supervision of the central authorities and lastly, it uses cryptography and so it is highly secure and very difficult to double-spend or even counterfeit.

Over the past couple of years, we have seen many online currencies coming up and out of those a few are able to attract clientele and enter into the mainstream but some others who could not manage to grow, fade away soon after. Even today there are several currencies available in the marketplace. Talking of online currencies, some of the popular currencies that are available today in the crypto marketplace include Bitcoin, Binance Coin, Ethereum, Cardano, Dogecoin, SHIBA INU, and a lot of others.

As per some global crypto experts, cryptocurrency is progressing towards completely transforming the global payment system and it is truly believed that in the coming few years, crypto might be accepted as an official mode of payment at shops and merchants. That is for the future, but as of today, you will be able to purchase all of these currencies from digital exchanges over the web.

Now that you have the basic understanding of crypto, you will be able to have a much better understanding of what we have with us today, Mina Protocol. To know more, I suggest you read further.

What is Mina Protocol?

Mina is a small and the very first crypto protocol to have a “succinct blockchain” which is created in order to reduce computational requirements to run decentralized applications(DApps) much more efficiently. Mina is said to be the lightest blockchain in the world since its size is designed such that it will remain constant even with the increase in usage.

Before we move on further. It is important for you to know what a blockchain is as I believe some of you might not be familiar with the technology. All virtual currencies in the market are built over blockchain technologies. Blockchain technology is basically a large record of transactions that happen on the platform, thus, there will not be any sort of corruption or theft of currency.

According to this, more the people buy a specific currency, the more the size of the blockchain increases. However, Mina has managed to have created a unique solution to this problem. The Mina Protocol has a fixed size of 22kb and thus, anywhere anyone can easily access Mina Protocol through their mobile phones or desktops, which makes it a much better experience and also bringing forward newer opportunities for apps for developers to build.

Just for reference, Bitcoin’s blockchain is about 300GB. Not just that, despite being so small, Mina manages to remain decentralized as well as extremely secure, just like any other blockchain in the market. Furthermore, it is worth mentioning that, the entire project was earlier known to be as Coda Protocol and was rebranded quite recently in October last year.

The protocol was created with an aim of optimizing both decentralization and scalability at the very same time. This however can be achieved by making use of zero-knowledge proofs in order to condense the blockchain into a constant size, as a result, no matter how much the usage of the blockchain grows, it will always remain the same size of 22kb.

As we talked previously about how the size of Mina will always remain the same, this breakthrough of sorts was possible due to zk-SNARKSs. For those of you wondering what it is? Let me help you with that. SNARK is nothing but a type of succinct cryptographic proof. Every time there is a new block produced by a Mina node, it simultaneously generates a SNARK proof, thus verifying that the block created was valid.

All the nodes can then easily store the tiny proof rather than the entire chain. By not having to worry about its growing size, the protocol creates a blockchain that is decentralized at scale. Mina employs a specifically designed PoS mechanism for succinct decentralized networks known as Ouroboros Samasika since it is known to provide bootstrapping through a genesis block.

Talking of succinct blockchains, they carry two major functions including update as well as verify. Such that, verifications touches on blockchain summary, consensus, and blocks, whereas the update functions work with chain summary and consensus. Not just that, other than the mentioned uses, Mina Protocol is known to use a side-by-side running scan in order to optimize the processing speed of transactions, which operate by combining unproven blocks and allocating the entire process to parallel provers.

As mentioned previously, other protocols are very heavy and of large size and thus, in order to run nodes, they often require intermediaries. As a result, the same old power dynamic is created. Whereas in the case of Mina, it is so light that anyone will be able to connect peer-to-peer and verify as well as sync the chain in just a matter of seconds. Mina Protocol, being built on a cryptographic proof having a fixed size, the blockchain will stay easily accessible even if it scales to nearly a million users.

Furthermore, as per the design layout of Mina, any user or participant on the platform can participate in proof-of-stake(PoS) consensus, securing the blockchain and having easy access to strong censorship resistance as well. Also, it is worth mentioning that, other protocols are slowed down by terabytes of user data and congestions caused on the networks but on Mina, applications execute as rapidly as your internet bandwidth is able to carry them, resulting in a seamless user experience.

As of today, the price of Mina protocol is nearly 4.88 dollars with a twenty-four-hour trading volume of 174,453,523 US dollars. In just the past twenty-four hours, Mina protocol has gone uphill by almost 6.33 percent. Having a market cap of 1,183,183,139 US dollars, the platform is currently placed at 81st position in the CoinMarketCap rankings with a circulating supply of 242,637,753 MINA coins but unfortunately, the maximum lifetime supply of the currency is not yet available. Other than this, in just the past week alone, the value of Mina Protocol has dropped by 14.30 percent.

Talking of investing In the platform, I sincerely believe that, reading so far, you might have understood what Mina Protocol is all about and whether or not investing in Mina is the right thing for you to do as of now. Having launched about four years ago in the 2017 model year, seeing the aim of the project to compress the size of a blockchain in just 22kb is just extraordinary.

Not just that, Mina is said to be the most anticipated project of the cryptocurrency industry to date. If that’s not convincing enough, the team behind the platform raised a total of nearly 18.75 million dollars at the time of its token sale, and that too in just under four hours. I believe that investing in the platform can provide you with good returns in the near future and could be worth your time and money!

It is extremely important for you to understand the fact that just like any other currency in the crypto marketplace, Mina Protocol does have its own risks as well and you should invest only if you are willing to take those risks and bear any and all losses if at all necessary.

If you are wondering, where can you buy MINA? Let me help you with that. Currently, Mina is available on all major crypto exchanges but some of the popular exchanges that have MINA listed on them include Mandala Exchange, Binance, ZT, Gate.io as well as OKEx.

In conclusion, What are your thoughts on Mina Protocol? Do let us know in the comments below. To know more about various cryptocurrencies, do check out other articles we have on our website. Thank you for your time & if you found our content informative, do share it with your investor friends!