Mississippi Coast casino to get a crypto ATM

It’s been three years since Mississippi’s first legal sports wager was placed at the Beau Rivage Resort and Casino, and the casinos on the Gulf Coast have seen a younger crowd, as expected. 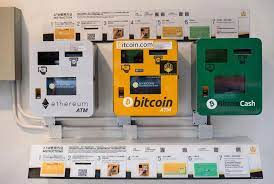 According to CEO LuAnn Pappas, the Scarlet Pearl Casino in D’Iberville has witnessed a younger customer base as well as increased regional business. In response, Scarlet Pearl is likely to be the first casino in South Mississippi to install a Bitcoin ATM, she told members of the Gulf Coast Business Council in Gulfport in October. Customers can convert their crypto coins into cash to use at the casino using the machines, which are currently in use in Las Vegas.

According to Jay McDaniel, executive director of the Mississippi Gaming Commission, the state of Mississippi does not control whether bitcoin ATMs can be operated in casinos.

He explained that the state does not yet permit the use of cryptocurrencies or a credit card in a slot machine. If the casino operators asked it, the Mississippi Gaming Commission would consider becoming cashless, he added.

COVID has pushed for that dialogue, according to McDaniel. This summer, Resorts World Las Vegas debuted a cashless casino floor as well as cashless restaurants, shopping, and entertainment.

Will it happen in Mississippi? “It’s really up to the operators at this point,” McDaniel said. According to Jonathan Jones, general manager of Harrah’s Gulf Coast in Biloxi, other casino operators are striving to upgrade technology to match the way youthful clients do business with the casino sector.

According to Jones, millennials are accustomed to paying for everything with their credit cards, mobile wallets, and apps, and pulling cash out to play at the casino takes time and can be a hassle. They’re also more inclined to use casino services that involve tipping, which is now only possible with cash.

“If you’re a millennial without cash and want to play table games at one of our sites, you go to the ATM first.” He stated it would take 90 seconds. “Then you go to the table game, hand over your money, get it counted, and have someone double-check the count.” Then they hand you the chips, which are our currency.” He said that when they are through playing, they are given a different color chip, which they take to the cage and exchange for cash.

In its State of the States 2020 report, the American Gambling Association stated, “While consumers have become accustomed to making mobile payments or using cards for practically all other goods and services, land-based casino gaming has remained predominantly dependent on cash transactions”.

Another technology for younger players is on the way, according to Jones, including a terminal that will allow gamers to simultaneously watch a live sporting event, acquire game odds, and play blackjack and video poker.

In September, Mississippi Coast casinos pulled in $39 million in wagers, with $22 million on football. The state received $54.8 million in total. Mississippi was the fourth state to legalize and operate sports betting, but it still doesn’t have mobile betting. “The Legislature would have to decide,” McDaniel stated.

In September, Mississippi residents were allowed to download the BetMGM smartphone app. Customers at Gold Strike can use geolocation technology to place pre-game, live in-play, futures, and parlay wagers from any mobile device.