Nothing is official or set in stone yet, but it’s a reasonable assumption. Qualcomm has revealed on its website that its Tech Summit event will take place between November 30 and December 2, 2021.

That’s all there is: a large banner with a boat tracing an infinity symbol in the sea and the caption “More to come, soon!” As at the time of writing, there were no more details, itinerary, or anything else.

Putting two and two together, speculations about the upcoming flagship Snapdragon 898 have been circulating for quite some time. According to some rumors, the Xiaomi 12 will be the first phone to employ the chipset and will be available before the end of the year.

Given that keynotes are normally held on the first day of a conference, it is fair to anticipate that the Snapdragon 898 will be unveiled on November 30, or no later than December 2.

We already have a very decent idea of its specs thanks to a slew of leaks, including one showing a genuine unknown gadget using the Qualcomm SM8450 processor, sometimes known as the Snapdragon 898.

It will have a prime AMR Cortex-X2 CPU core that runs at 3.0 GHz, three Cortex-A710 based mid-cores that operate at 2.5 GHz, and four efficient Cortex-A510 derived cores that run at 1.79 GHz.

The GPU is claimed to be an Adreno 730, which might deliver up to a 20% performance gain over the Adreno 660 thanks to architectural advancements and Samsung’s 4nm manufacturing process. We anticipate an X65 5G modem with a theoretical maximum downlink speed of 10Gbps for connection. 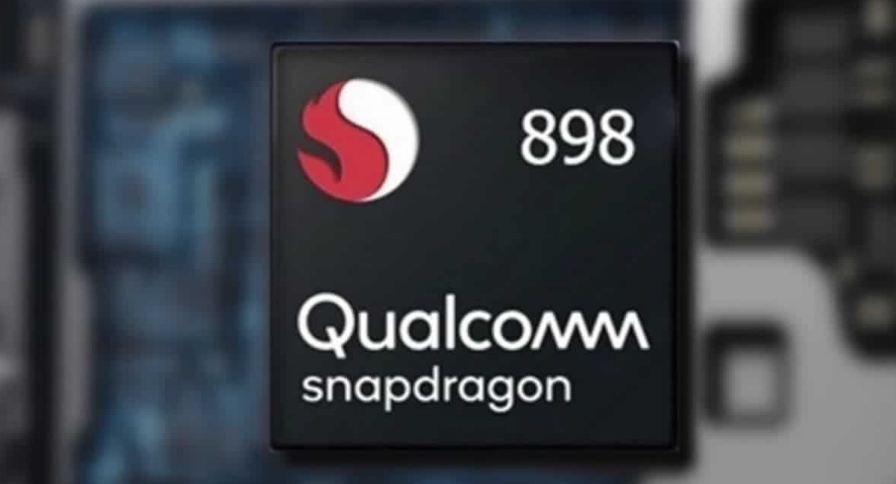 The Snapdragon 898 (or 895, depending on who you ask) is Qualcomm’s future flagship. A previous study revealed its basic setup, but nothing is known about how it functions. It has appeared on Geekbench twice, with both appearances being unimpressive. It has reappeared on the benchmarking platform.

Ice Universe, a seasoned leaker, claims that the Snapdragon 898 achieved a single-core score of 1,300 and a multi-core score of 3,900 on Geekbench 5.

Unfortunately, there is no entry in the Geekbench database to accompany it, so we must accept the facts at face value. Ice Universe is generally right on the money when it comes to leaks, although a little caution is always in order.

Although the yet-to-be-verified Snapdragon 898 Geekbench run is significantly superior to prior incarnations, but still falls well short of Apple’s hardware.

Having said that, it does provide a noticeable performance boost over the Snapdragon 888. We must also note that the test was most likely conducted on an engineering sample, which does not enable the chipset to function to its full capacity.