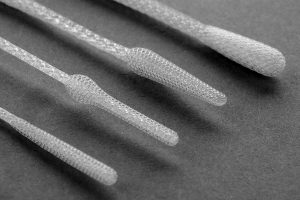 For the past one and a half year Corona virus crisis has been posing a huge threat to the public’s day to day life. The virus is considered to be deadly with hundreds of thousands of people falling prey to it. The virus led to lockdowns in various cities, economies being shut down and an overall global crisis. Amongst all this, medical field researchers were trying their best to keep up with the surging demands for various medical supplies such as masks and medicines.

Amongst this, Jifei Ou founder of OPT Industries has been working with the hospitals since last year March to deliver a newer and better type of nasal swab for covid testing. These swabs are made out of thin, hair like structures which Jifei Ou developed at the Massachusetts Institute of Technology (MIT).

Jifei Ou has been researching for over seven years the 3D printing systems at the MIT’s media lab. Over the course of his research Jifei Ou began suspecting that the work he has done so far could fetch far better results. His work is now proving to be helpful in addressing the shortages caused due to the covid pandemic.

The swabs that are designed by Ou contain tiny woven lattices within themselves. This allows them to absorb and release more fluid hence making them more effective than their counterparts available in the market.

In his statement Jifei Ou says, “It’s very meaningful to be part of this effort. It also feels particularly good because we’ve been developing materials with hairlike structures for a long time, so it’s like, ‘Aha, our expertise finally put to use!’”

This particular product is designed using algorithms that try and optimize each fiber placement. These swabs contain porous microstructures placed inside of their heads. These porous microstructures are cable of collecting and retaining fluid and can also release the fluid quickly when it enters the test vial.

Jifei Ou further adds, “When it came to the swabs we thought, ‘Hey, that’s a great fit!’. Swabs need to be soft, flexible, the structures on the tip need to be very intricate. That’s what we do.” There were various tests conducted on OPT’s swabs which concluded that these swabs were able to release 20 times more amount of bacteria than normal swabs for testing.

In order to develop this product Jifei Ou collaborated with MIT’s Center for Bits and Atoms members and there also was an external microbiology lab to prepare a comparative study between the OPT swabs and the usual Q tip cotton swabs.

The MIT spin out uses a continuous manufacturing approach that allows it to increase the printer production as the demand increases. To this day, they have been able to supply over 800,000 swabs to a lot of health care and at home testing organizations. This was a great help to assist in the hospitals when they were threatened with a shortage in their testing capacity.

In the coming years this startup is also planning to diversify by developing other medical sampling devices that will be able to detect other diseases. Jifei Ou says, “We’re trying to be like [the multinational products company] 3M in additive manufacturing. Everyone knows 3M because they have a lot of different products that are essential to daily life. That’s the model we’re going after. We have other medical and cosmetic products under development — the swab is just the beginning.”