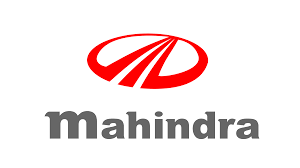 M&M Agrees to Sell Mahindra Sanyo Special Steel for Rs 212 Crores Mahindra's stake in the company was 51% and the deal will be worth Rs. 212 crores.

Mahindra and Mahindra, on Saturday, the 17th of April, gave out a public statement saying that the company have put pen to paper to sell 34.75 lakh of Mahindra Sanyo Special Steel’s equity shares which takes up just under 23% of the company’s paid capital. The purchaser is a company based in Japan known as Sanyo Special Steel CO ltd.

The entire deal is set to be worth around Rs. 212 crores.

After this deal, Mahindra and Mahindra’s ownership in the company will be zero.

Mahindra and Mahindra is an Indian based conglomerate that. Set up back in 1945, the company is a staple to the Indian entrepreneurial culture. Their biggest subsidiary produce and sell a whole host of vehicles like bikes, cars, buses, tractors, and boats and is one of the biggest players in the Indian automotive industry.

The conglomerate has a whole host of subsidiaries under them as they are players in the electric vehicles field, the logistics industry, the real estate and infrastructure fields, and even other acquisitions such as Jawa Bikes and Peugeot Motorcycles to name a few.

In the fiscal year of 2021 to 2022 the Indian conglomerate were able to earn a revenue of over Rs. 74,000 crores which is around $10 billion USD. The company as a whole has been very successful throughout their entire lifetime and even with fast paced industry changes and revolutions with many players from around the world constantly entering and exiting the market and industry, Mahindra and Mahindra continue to be a relevant staple and a great option for all types of customers.

Mahindra and Mahindra are now set to receive Rs. 211 crores as they withdraw from their steel producing and selling ventures.

For the financial year of 2021 to 2022, Mahindra Sanyo Special Steel were able to generate a revenue of Rs. 834.43 crores. The revenue seems to indicate that the company is heading in the right and a positive direction, yet they have reached a decision to not take part in their operations any more and sell their shares.