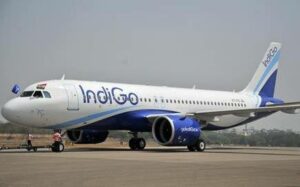 On Saturday, over half of Indigo’s flights were delayed after most of its cabin crew members took a ‘mass sick leave’. Directorate General of Civil Aviation (DGCA) officials have taken a note of this situation and has asked the airline to share a report regarding the delays.

As per a source from the Ministry of Civil Aviation quoted by The Indian Express, Indigo’s on-time performance rate was close to 45% which meant that more than 50 per cent of Indigo’s flights did not depart within 15 minutes of the said time for departure

Generally Indigo’s on time performance percentage per month stays more than 80%, according to DGCA’s monthly reports.

Other Airlines on the other hand, maintained their on-time performance rate and punctuality rates with Spice jet at more than 80 per cent, Go First at 88%, Air Asia (India) at 92.3 percent. Similarly Air India reported close to 77 per cent online while Vistara reported its figures at around 86 per cent.

Air India which is currently undergoing changes under its new owners, had conducted similar cabin crew recruitment drives but remained unsatisfied with the outcome. This led them to conduct another one recalling some of the old employees and cabin crew who were laid off previously in the year 2020.

Other than Air India other new airlines such as Jet Airways 2.0 and Akasa are also hiring a fresh set of crew members.

Eventually the airline ends up hiring more crew members at different point of time as per the demand for Air travel in the market.