Payments to Aakash Closed; Financial Results Will be Announced in 10 Days This comes at a time when media reports have suggested that the company is struggling to manage cash for its operations and is resorting to cutting costs aggressively

Byjus, the parent company of Aakash Educational services came out to announce on the 4th of July that they have closed their balance payments to the company as they complete their financial statements for the fiscal year that ended in 2022.

This comes after it was reported that Byjus had not signed off on their audit so that they can use that gap to submit their financial details and reports to the government of India. The company doing the audit for the education tech company is Deloitte.

It is under the law that unlisted firms have to file their yearly financial statements with the Ministry of Corporate Affairs which is a governmental agency.

There have also been many reports stating that Byju’s still have not completed their entire $ 1 billion USD acquisition of Aakash Educational Services which was agreed upon last year. According to the deal, the final payments were supposed to have been done in the month of June itself, but now both parties have agreed to postpone the final dead line to the month of August. 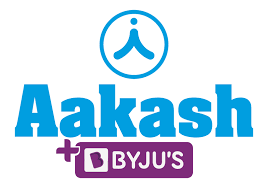 Byju’s, right now is the most valued start-up in the country as they edge towards a massive $20 billion USD value. The company also started receiving funds 4 months ago as they target a total amount of $ 800 million USD. Some reports have stated that the funding has not gone according to plan amid a lack of investments coming into the country, but the company came out to clear everything and say that they are going in the right track and will raise the necessary amount of funds on time.

Even with so much funds pouring in to the company, Byjus still has been forced to down size their work force and their subsidiaries’ work forces in a bid to reduce their high costs. The last week of June saw almost 3,000 employees let go from the entire Byjus family which includes Toppr and WhiteHat Jr. Previously, Byjus would only lay off employees from other companies in their family and shift employees from Byjus to them to cut costs, so that they do not let anyone go, but it seems like times are getting tough that Byjus themselves had to cut people off directly from the company.

After a massive boom in the edtech sector, it seems like everything is slowly coming down in the industry.