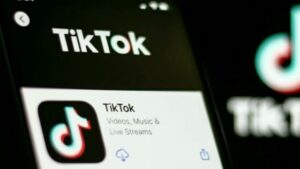 According to an official from Federal Communications Commission, TikTok is better removed from app stores owing to its security issues. He stated how the entertainment provided by its videos are simple ‘the sheep’s clothing.’ However, on Sunday, July 3, a company executive stated that there were no security concerns related to TikTok, in a rare interview.

This short-form video app is not only the most downloaded app, crossing Instagram with 3.5 billion downloads, it is also immensely popular as users spend a minimum of 46 minutes on it on an average. Though it appears rather entertaining outwardly, critics think that it possesses something more sinister, citing its data collection and algorithms.

TikTok’s parent company, ByteDance made the promise to house American data on server in the US to deal with concerns. However, a report published last month revealed, citing internal meeting’s recordings, that China engineers had the ability to repeatedly access data of US users. Commissioner of FCC, Brendand Carr revealed to Stelter that lawmakers had asked Tiktok regarding Beijing accessing ay data. Instead of being direct, the company repeatedly stated that all the US user data is stored in the US.

“And that’s not just a national security problem, but to me it looks like a violation of the terms of the app store,” Carr said.

Stelter noted how the FCC did not have jurisdiction over social media. However, Carr stated FCC stated had developed an understanding about how the government of China can take information and go through communications. According to TikTok’s public policy, claims of the app collecting browser history is just ‘false.’ He added that though the app scans faces for filters, it does not use it for identification.

When inquired about whether any member of the Chinese Communist party members has seen nonpublic TikTok user data, Beckerman clarified how they had never shared such data with the government of China. Moreover, he was asked if the engineers were tied to China, and pose a threat to the US. Berckerman specified how TikTok would remain transparent and never pose such security threats.

Additionally, the report stated how many were worried about China using TikTok to have an influence on the behaviours of Americans in a cultural, commercial and political way. Beckerman specified how TikTok does permit political ads, and only focuses on providing entertainment.

“It’s something that we’ve worked really hard on to eliminate our platform anything that’s dangerous or harmful, violates our community guidelines.”