Morgan Stanley has recently doubled their Bitcoin investment by investing in Grayscale shares. The US investment firm has been continuously trying to increase its exposure to BTC. And since April, they have doubled down on their holdings. It is important to note that, like most other firms, the BTC exposure is made indirectly as it makes the investment easier to manage and tax.

In a report filed with the US SEC, Morgan Stanley said that they own 58,116 shares of the Grayscale Bitcoin fund as of July 31st. The average price of the purchase was $34.28, and the total cost was $2.4 million. As of now, the value of the shares is $2 million, which is their BTC exposure. We should also see here that even though they have doubled their investment, the BTC exposure is quite small, considering how big the firm is. 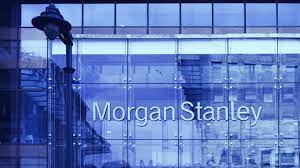 In April, the same firm held 28,298 Grayscale shares, which were worth $1.3 million at that point in time. And since then, the entire holdings have increased by 105%. I always believe that something is better than nothing, so it is good to see that Morgan Stanley is taking a step forwards while increasing its BTC exposure. Crypto is the future, and it is essential for investment firms to understand that to get the most returns.

While retailers have always been a part of the Bitcoin revolution, one cannot say the same for US firms and banks. But with time, this has changed as companies start to take an interest in Bitcoin investment. In 2020, when the US made crypto laws more transparent and made them legal, US companies and investment firms jumped on the bandwagon in an instance. By the end of the year, almost all significant investment firms had some crypto exposure.

And as 2021 happened and the adoption skyrocketed with Tesla’s BTC investment, even banks started to deal with crypto. They started to offer investment and custody services to start making the most of the space.

What are your thoughts as Morgan Stanley doubles their Bitcoin holdings since April? And do you think even though the markets are down the adoption rates are rising? Let us know in the comments below. Also, if you found our content informative do like and share it with your friends.

Also Read: The Sun promotes Pi network while asking people to stay away from scams