The company’s CEO had been indicating for a number of months that he wished to control expenditures as he turned his focus to the metaverse.

The recruiting of engineers and entry-level data scientists was put on hold in May by Mark Zuckerberg, the CEO of Meta.

In July, Mr. Zuckerberg instructed managers to start identifying underperformers and cautioned staff to brace themselves for a “intense phase” of 18 to 24 months. 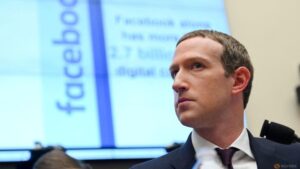 He informed his staff this week that most teams at Meta would experience budget cuts and a hiring freeze, which would result in layoffs in areas of the business that had previously experienced unrestricted growth.

It was the latest recent indication that the business formerly known as Facebook was in jeopardy. Meta has consistently recorded record growth, wowing its investors with its capacity to outperform financial projections and generate revenue. The quarterly profit reports for this year, however, have been less positive as Meta deals with pressures from the market and regulations as well as changes in the global economy.

The disclosure was made by Mr. Zuckerberg at his once-a-week Q&A session with staff. Employees present at the meeting said that Mr. Zuckerberg advised them to make conservative plans in order to account for the company’s declining income. Managers in Meta had been instructed to save costs by either not filling open positions or by decreasing their existing staff.