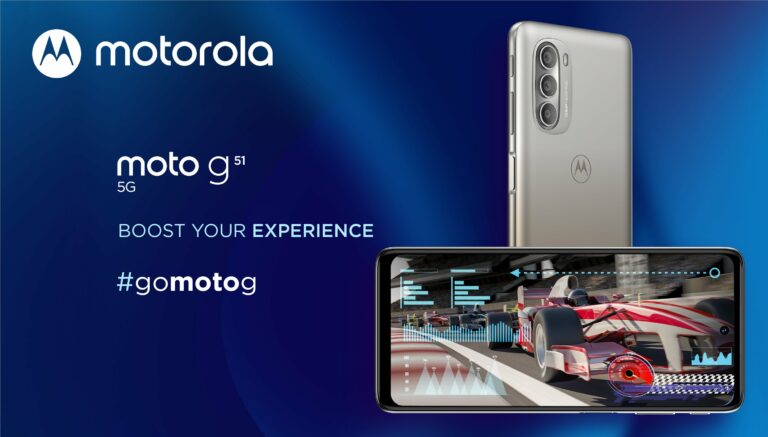 Motorola has revamped its G-series smartphone lineup with the introduction of the all-new Moto G51 in India. It’s the latest to jump on the “affordable 5G phones” bandwagon, with intriguing features like a 120Hz display, 50MP cameras, a 5G Snapdragon SoC, and much more. The handset is the newest entry to Motorola’s ever-expanding Moto G line, which recently saw the arrival of the Moto G31 in India.

The Moto G51, which was recently announced globally, has an oval-shaped rear camera bump that features three cameras and a punch-hole display on the front, similar to the Moto G31. The display is a 6.8-inch Full HD+ LCD panel with a refresh rate of 120Hz and an aspect ratio of 20:9.

The smartphone is driven by the Snapdragon 480+ mobile processor, which was recently introduced as an improved version of the Snapdragon 480 SoC. The chip includes a Kyro 460 CPU and a Kyro 619 GPU. The Moto G51 comes with 4GB of RAM and 64GB of internal storage, which can be upgraded by up to 512GB via a microSD card.

In terms of the back camera arrangement, we have a 50MP primary camera, an 8MP ultra-wide lens (which also functions as the depth sensor) with a 118-degree field of view, and a 2MP macro camera. A 13MP selfie camera is housed in the punch hole in the top center of the display panel.

The smartphone is powered by a 5,000mAh battery that supports 20W TurboPower fast charging. The Moto G51 runs a version of Android 11 that is very close to stock, with MyUX skin on top with ThinkShield for Mobile security technology. Motorola has promised Android 12 updates as well as two years of software support.

Turning our attention to the look and feel of the Moto G51 is designed in the classic Motorola style and will be available in two colors: Indigo Blue and Bright Silver. The handset also has an IP 52 rating, a 3.5mm audio jack, bottom-firing speakers, and dual microphones. The Moto G51 also has 12 dual 5G (SA/NSA) bands, Wi-Fi 802.11ac, Bluetooth version 5,1, NFC, among other perks. It also sports a fingerprint scanner built in the Moto branding on the back. All of these electronics are enclosed in a body that weighs 208 grams and measures 170 x 77 x 9 mm in dimensions.

The Moto G51 5G costs Rs 14,999 and competes with 5G smartphones which include Realme 8i, Poco M3 Pro 5G, Xiaomi Redmi Note 10T 5G, among others. The smartphone will be sold exclusively on Flipkart starting December 16.