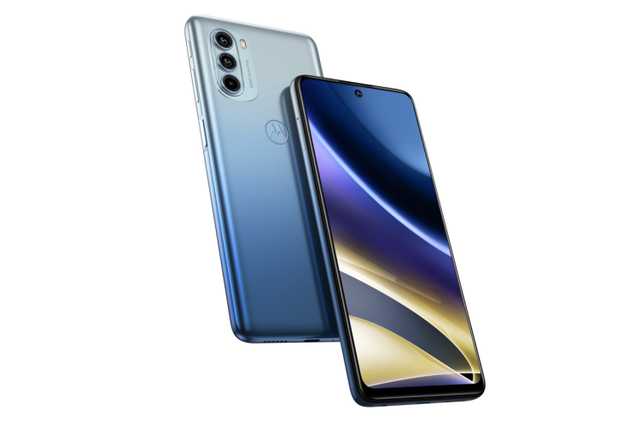 According to sources, the Moto G51 was released in the Chinese market on Wednesday. The phone is rumored to be powered by a Qualcomm Snapdragon 480+ SoC and comes with a 5,000mAh battery. The low-cost device includes a triple back camera configuration and a hole-punch display notch design.

In a capsule-like camera module, the rear cameras are arranged in a single line. The Moto G51 features a 6.8-inch IPS LCD display. There is currently no word on when the low-cost smartphone will be offered in other international markets.

In terms of features, the Moto G51 is said to include a 6.8-inch hole-punch LCD display with a refresh rate of 120Hz and a touch sampling rate of 240Hz. As previously stated, the phone is powered by a 2.2GHz Qualcomm Snapdragon 480+ SoC with 8GB RAM. The internal storage capacity is believed to be 128GB.

The Moto G51 has a triple rear camera configuration with a 50-megapixel S5JKN1 main sensor. An 8-megapixel sensor and a 2-megapixel sensor are also included in the system. The Moto G51 is believed to include a 5,000mAh battery that supports 10W fast charging. It is also supposed to be compatible with Dolby Atmos.

At the back of the phone, there is a fingerprint scanner. MySmartPrice also claims that the new Motorola phone will include a dual-SIM card slot, 5G capability, Wi-Fi 5, Bluetooth v5.2, GPS, a USB Type-C connector, and a 3.5mm audio jack. This hints that the Moto G51 5G may be a low-cost phone. According to prior reports, the phone’s codename might be ‘Cyprus 5G.’

As according Chinese blogger WHYLAB, the new Moto G51 costs CNY 1,499 (roughly Rs. 17,500) in China for the lone 8GB RAM + 128GB storage variant. It comes in Blue and Grey gradient tones. The phone’s availability is yet unknown.