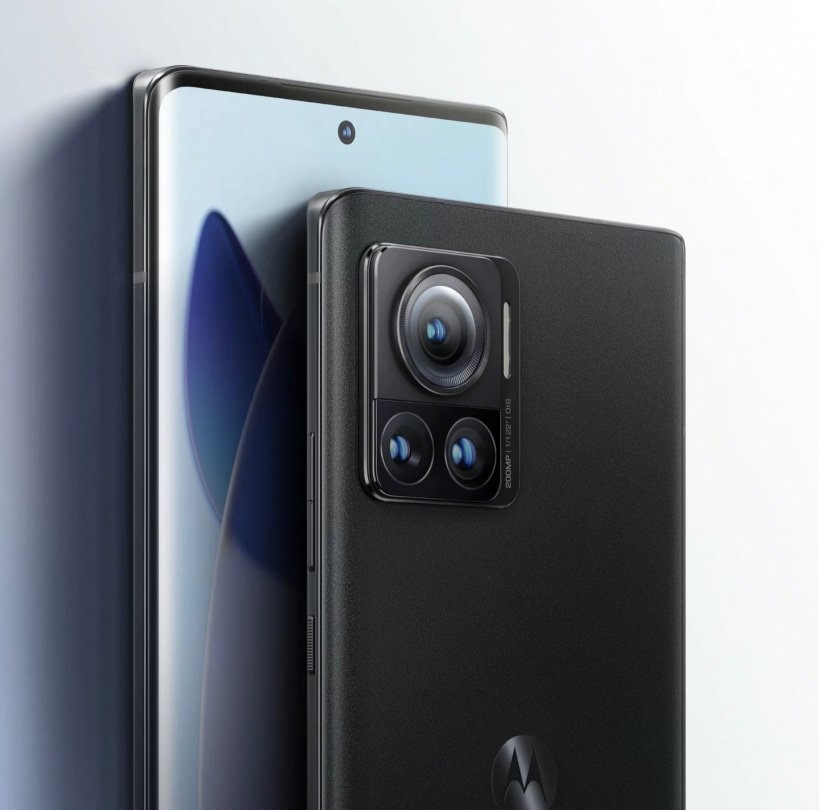 Finally after a lot of wait and hype! Motorola has unveiled its new flagship smartphone, the Motor X30 Pro. The smartphone was launched alongside with the new flagship foldable, Moto Razr 2022.

However, Motorola has putten up history by launching the first-ever smartphone to the public featuring a bigger 200MP camera sensor on board. Here is what we know so far:

Getting to the feature sides of the Moto X30 Pro smartphone. The main highlights were given to the camera department where as we mentioned the smartphone comes with a bigger 200MP sensor developed by Samsung and was launched in the previous year.

This new sensor comes in the size of 1/1.22 inches and 2.56µm pixel size. The smartphone will be taking stunning pictures with the help of a 16-in-1 binning process. The smartphone will also get great video capability features making it record 8K resolution video in 30FPS.

This smartphone also gets an ultra-wide angle sensor coming with 117 degrees Field of View and also with the ultra-wide sensor and main sensor you will also get to see a 12MP telephoto lens getting 2x optical zoom capabilities too.
Now getting to the display side, the smartphone comes with curved glass in the front with Gorilla Glass 5 protection too.

On the processor side, the smartphone will be getting the latest and most powerful Snapdragon 8+Gen 1 SoC, and some cooling features including an 11-dimensional VC cooling system are also embedded here.

Coupled with a faster processor, you will also get to see a faster 12GB of LPDDR5 RAM and also faster UFS3.1 storage coming with a storage capacity of 512GB.

Pricing of this foldable

And at last, you will also see a top variant which will be coming with 12GB of RAM and 512GB of internal storage for a price tag of CNY 4,499 which converted to USD will be $666.