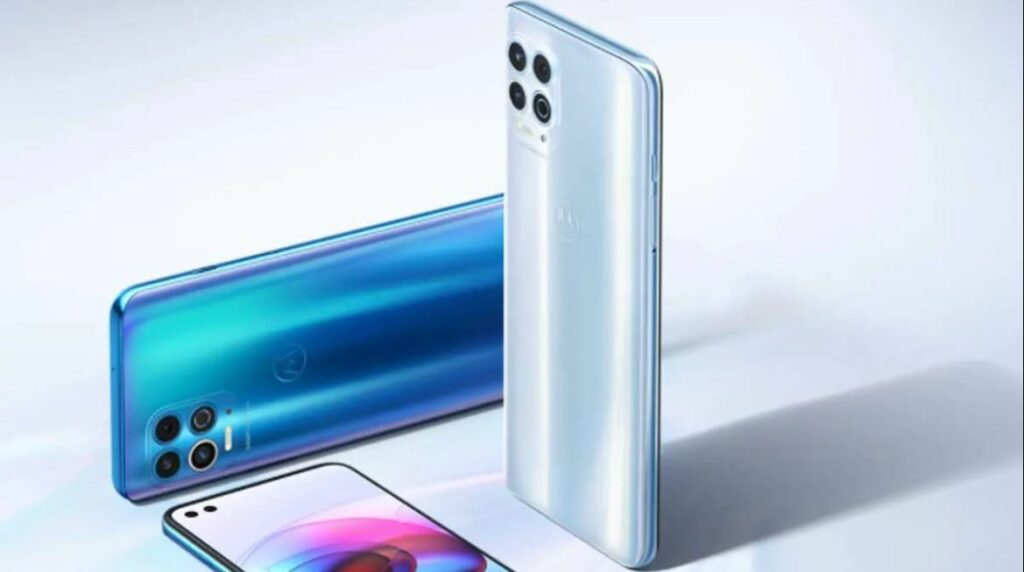 The Motorola G series is usually a mid-range smartphone lineup but in march of 2021, Motorola launched its first flagship g-series phone the g100. It is Motorola’s first g series smartphone with features and Snapdragon 800 series SOC. Motorola has launched the Moto G100 in the United States, available starting today. The initial customers who purchases the smartphone from Motorola’s website, gets an introductory $100 discount.

Moto G100 features Snapdragon 870 which is better than its previous flagship the moto edge+, which had the Snapdragon 865 and the good news is that the G100 is also cheaper than the Edge+. The smartphone is powered by a big fuel tank with, 5000mAh battery. The phone also comes with a 20W fast charging adaptor inside the box. It provides a Stock-Android like software experience. It runs on Android 11 out of the box, and the company promises 2 versions of Android update.

The charging break inside the box is not the only rare thing available with Moto G100, it also supports a 3.5 mm headphone jack (thank Motorola audiophiles). PSC is paired with 8GB of ram and 128 GB of internal storage which is user expandable up to 1TB with the MicroSD card.

The cost-cutting from the Moto Edge+ is observable here. G100 features a 6.7 inch LCD panel at 2520×1080 pixel resolution.
The display is tall at a 21:9 aspect ratio. Its reports on Max refresh rate of 90Hz. The display can be extended to an external monitor or TV thanks to DisplayPort Alternate Mode support, and once extended, Motorola’s “Ready For” software takes over to provide a desktop-like experience.

Motorola features a 64-megapixel primary camera on the back 16MP ultra wide-angle camera and a 2-megapixel depth sensor.
The ultra-wide camera also acts as a macro camera.
Indifferent G100 can capture crisp 16 megapixel selfies and also houses an 8-megapixel wide-angle camera to fit more people in the frame.

The smartphone also features a fingerprint scanner embedded in the power button which is helpful in the Covid times. One difference from the international variant is that (like all other Motorola smartphones launched in the US) it does not feature a dedicated Google Assistant button

It is available in the United States in three colors: Iridescent Ocean, Iridescent Sky, and Slate Grey. It’s compatible with both AT&T and T-Mobile as well as all MVNOs operating on their networks. However, it only supports 4G LTE on AT&T’s network, so you’ll need to be on T-Mobile or a T-Mobile MVNO to get 5G connectivity through the carrier’s sub-6GHz NSA network.