Mozilla Complains Against The Anti-Competitive Practices Of Operating Systems 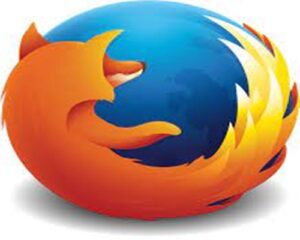 Mozilla Complains Against The Anti-Competitive Practices Of Operating Systems

The top three ranks in the most used browser list are occupied by Google Chrome, Safari and Microsoft Edge with a market share of 65.52%, 18.74%, and 4.29% respectively. There is a difference of 46.74 points between 1st and second positions in the list, notably, this difference reduces to 1.14% between the third and fourth. Google Chrome, Safari and Microsoft Edge web browser comes pre-installed with Android, iOS system, and Windows operating system. Android dominates the mobile operating systems with 89.58%.

Mozilla has said that regulators, those involved in making laws, and designing policies should pay heed to the competition in the web browser market, and take steps to prevent such harm due to such operating systems not taking any action leading to stagnation of competition. The company said that in recent years those responsible for making laws and policies are probing the digital market. Mozilla requested to apply the current and upcoming rules strictly.

“The operating system provider will in some scenarios bypass this decision and present their own browser rather than the selected default and in other cases, it will seek to undermine or reverse this decision,” it lamented.

Mozilla said that as Big Tech has so far failed to do better, “regulators, policymakers and lawmakers have spent considerable time and resources investigating digital markets”.