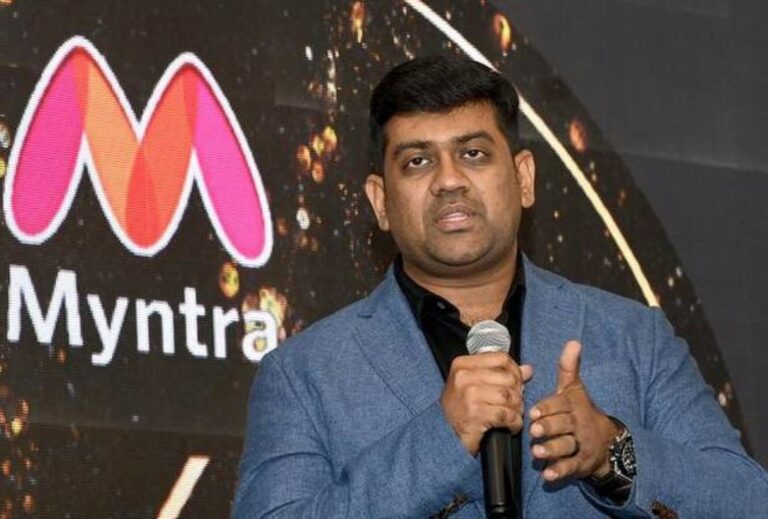 Myntra CEO Amar Nagaram steps down; plans to launch his own venture

Amar Nagaram, the CEO of Myntra, has resigned after three years of overseeing the fashion e-commerce platform and will pursue his own venture. According to an email sent to personnel by Flipkart CEO Kalyan Krishnamurthy, Nagaram will continue to stay at Myntra until the end of December to facilitate a smooth transition and will continue to be involved in an advisory position.

In an email to employees, Flipkart Group CEO Kalyan Krishnamurthy wrote, “Over the last several years, Amar Nagaram has built a strong leadership team at Myntra that is well placed to drive Myntra’s vision forward and take the business to new heights. I thank (him) for all his contributions and wish him the best in his future endeavors.”

Nagaram was also the Vice President of Flipkart at the time. Nagaram had spent most of his seven-year tenure at Flipkart working on the company’s consumer-facing mobile and web platforms. Under his supervision, the company (Myntra and Jabong merged) managed to apprehend the growth strategy and leveraged synergies with Flipkart when required. Myntra and Jabong’s leadership allowed the company to maintain its resilient and successful growth trajectory.

Krishnamurthy also wrote in the email, “As many of you know, Amar (Nagaram) has been an integral part of the Group for close to 10 years and has led various teams at Flipkart prior to his current role, and we will miss his presence in the team.”

Before joining Flipkart, Nagaram served as an engineer at Walmart Labs, where he collaborated with the CTO and SVP to design an engaging, successful next-generation e-commerce infrastructure. He also assisted in the establishment of the Walmart Labs India center.

Myntra has emerged to become one of the country’s most popular fashion, beauty, and lifestyle online marketplace. According to Krishnamurthy, the brand has not only built a strong relationship with customers and brand partners but has also provided the ecosystem with a wider range of opportunities.

Nagaram’s departure from Myntra comes at a time when the firm is likely to become the country’s largest beauty and personal care (BPC) provider, posing a significant challenge to existing players and online beauty platforms such as Nykaa, MyGlamm, and Purplle.

The firm’s beauty and personal care (BPC) division is a primary source of new customer acquisition. When it comes to their first orders on Myntra, a far higher percentage of users prefer to buy BPC products. The coronavirus outbreak has amplified the trend of customers purchasing these products online.