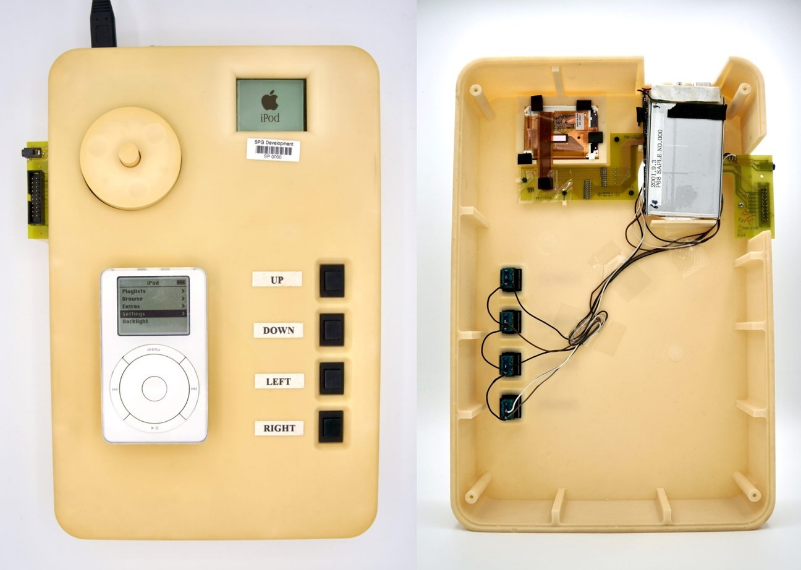 Panic, a developer, has posted images of an early iPod, showing the gadget as a basic and huge casing with a click wheel and buttons, maybe manufactured two months before the iPod’s original release.

The iPod was unveiled 20 years ago on October 23 by former Apple CEO and co-founder Steve Jobs. To commemorate the day, software developer Panic has posted images of a prototype iPod on its official blog.

It’s unknown how the prototype ended up in Panic’s hands, but it’s certain to be a corporate prototype. A further breakdown exposes a number of pieces with Apple’s name and other identifying markers, such as an “SPG Development” sticker, showing it is a real device.

The container is many times larger than the original iPod and has little resemblance to it, consisting of a simple plastic electronics casing with different holes and cut-out parts. A tiny display in one corner, a column of buttons for “Up,” “Down,” “Left,” and “Right” instructions, and a wheel with divots are located on the front.

To the side are cut-outs that expose a “JTAG” interface, which is supposed to aid with on-device debugging. Other audio and FireWire connections are also available.

When the container is opened, it is seen to be quite empty, with integrated components taking up very little room inside and cables kept in place by tape. A tag on one component bears the date September 3, 2001, indicating that it was manufactured less than two months before its unveiling.

Apple’s October Unleashed event included the unveiling of powerful, high-priced gadgets. On Apple’s webcast, the newly updated MacBook Pro and the third-generation AirPods took up the most space.

The former reintroduces the HDMI port, as well as MagSafe charging, a complete SD card reader, and the option of the new M1 Pro or M1 Max processors.

However, all of these revelations may be regarded as fairly pricey, with the most powerful MacBook Pro costing as much as $6,100 and a plethora of competitive wireless headphones offering much of what the AirPods provide for less money.