After a 7 month-long journey, Nasa’s Perseverance rover has successfully landed on Mars. The vehicle will be used to explore the entire planet and give us more knowledge about it. Ultimately we plan to live on the planet, so it’s very important to have as much data as possible before we go there. The landing happened on 18th February in the Jezero Crater on the planet. The exact timing of the landing was 3:55 P.M. Till now; the entire mission has gone according to plan. The landing was successful, and NASA is pretty happy with their achievement.

More about the Perseverance rover

NASA said that there are a lot of hazardous places on Mars. And landing on these places could have been fatal for the rover. But even though it didn’t land exactly where planned, the rover managed to find a good safe spot. NASA’s perseverance rover has sent images back to the Earth showing the areas around it. NASA also confirmed that it is on a flat surface with only a very minute angle. Very soon, the rover will start planting equipment on Mars that will help begin the study of the planet. 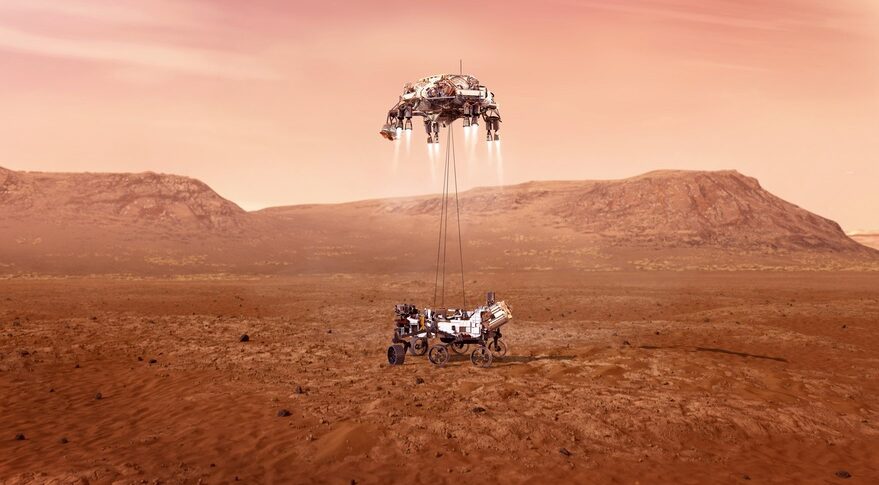 The entire mission has cost NASA about $2.7 billion. NASA plans to operate the rover for at least 2 Earth years or one Martian year. The mission can last for much longer too. The rover is by far the best NASA has ever built and has a payload of weight 50% more than previous rovers. NASA aims to look for any form of life that exists or existed on the planet. It will also help scientists monitor the planet’s climate and also map its geological structure.

Other plans with the rover

NASA plans to collect rock samples of Mars and bring them back to earth for further study. Do note that the rover is not bringing back the samples to the Earth anytime soon. And it might even be in the 2030s that the rover returns back to earth. NASA also accepts the fact that there might not be any form of life present on the planet. And it’s not necessary that all habitable areas are inhabited.

While some other scientists from the organization added that this wouldn’t mean the end of exploration on the planet, they even said that it means they might have to look in other places on the planet. Another major aspect of life on the planet will be us humans, and we need oxygen. So, the rover will also check the ability of conversion of CO2 to O2.

What are your thoughts on the Mars landing of Nasa’s Perseverance rover? And do you think this mission is going to be a huge step towards humans living on Mars? Let us know in the comments below. Also, if you found our content informative, do like it and share it with your friends.