Nayib Bukele tweets about buying back bonds after the bitcoin debacle 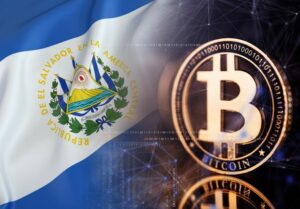 El Salvador, a tiny country in Latin America, is one of the first countries across the continent to announce bitcoin as the legal tender for the economy. The president of the country Nayib Bukele, is regarded as a mad bitcoin enthusiast, as he had invested in over 2000 bitcoins himself. According the rumors that go around in the market, people perceive Bukele as a person who only thinks about bitcoins. The rumor got more stronger when the president himself made the remark that he sometimes goes on a spree in buying bitcoins on his phone, naked. He added he has also bought the cryptocurrency while in the toilet.

Bukele, who had invested in over 2000 bitcoins, was surely deeply affected, when the value of the cryptocurrency plummeted by at least 70% from its peak in November. Bukele lost almost 50% of the investments he made, making his life stressful.

As the cryptocurrency plummeted, many crypto experts believed that, the country’s financial satiability is bound to get affected as bitcoin was the legal tender of the economy. But, to everyone’s surprise the president made a remark, saying everything was fine and the economy was stable and not affected by bitcoin’s drop.

Today we are sending 2 bills to Congress to ensure that we have the available funds to make a transparent, public and voluntary purchase offer to all the holders of Salvadoran sovereign debt bonds from 2023 to 2025 at whatever the market price is at the time of each transaction.

From the tweet, it is evident that the president is going to send couple of bills to the congress. He has also made the promise of a transparent and voluntary purchase of the debts back in the span of two years at the existing market price.

In contrast to the popular belief spread across the market, Bukele said that, El Salvador has the financial resources to not only pay all of its obligations when they are due, but also to pre-purchase all of its own debt (until 2025).

According to many crypto experts, the announcement made by Bukele can be his strategy to buy time and show that the company’s financial condition is stable, because, after such a debacle that bitcoin faced, it hard to believe that the economy would be stable considering bitcoin is the legal tender of the economy.

Many experts around the world have criticized the steps taken by Bukele. The International Monetary Fund and JPMorgan, among others, have condemned Bukele for his Bitcoin effort. Even the IMF recommended that the nation fully abandon the plan.

It is surely hard to believe that El Salvador’s financial condition is stable amidst the bitcoin’s debacle. Though the president has looked optimistic from the outside, it is really difficult to judge him as he is making announcements, proving the liquidity power of the country.