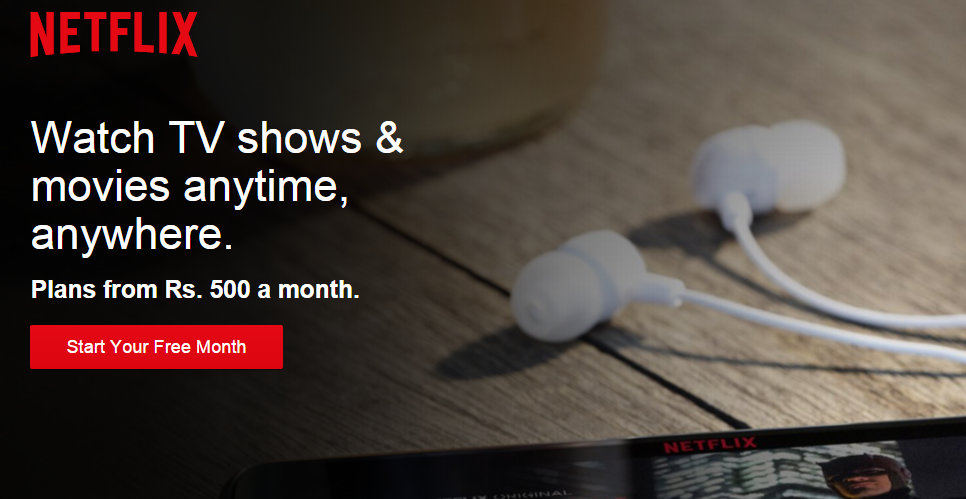 7 January, 2016, India: Expanding its wings to the Indian market, an on demand internet media provider Netflix has officially entered into the Indian market on 6 January, 2016. With the help of this service, customer can watch TV Shows, view movies etc. at anytime, anywhere through various devices such as mobiles, TVs and media players.

According to the company’s official website, it has launched three different plans for the Indian consumers. First plan will cost Rs 500 per month and this will allow the users to stream videos on one HD screen. Second is of Rs 650 per month for two HD screens and third will cost Rs 800 for 4K streaming on four screens.

Speaking on the development, Siddhartha Roy, CEO, Hungama said, “We are glad that global players like Netflix are keen on entering the Indian market, since this will contribute in raising awareness about the streaming services as well as grow the market as a whole. Within a short span of five months, Hungama Play has seen aggressive growth in consumption of video, driven on the back of the largest movie library of over 7500 titles on offer. This has led us to recently add our catalog of over 15,000 music videos to the existing movies offering on Hungama Play. Till recently, video streaming services were pegged back due to the​ ​ inadequate data infrastructure in India. With telcos rolling out 4G services Pan-India, 2016 will be a year for growth of video consumption. The incredible growth of smartphones in India has made the market big enough for multiple video streaming services to thrive simultaneously.”