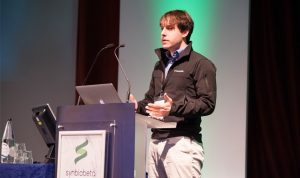 Max Hodak, co-founder, and President of Neuralink announced to the public via Twitter his exit from Elon Musk’s company. The health tech venture, Neuralink was founded by Elon Musk and seven other engineers and scientists. The reason for departure was not revealed nor the circumstances for the exit. However, Zodak did mention the wealth of knowledge and experience he gained from the company and that he will remain to be a huge cheerleader of the company.

✨Some personal news:✨ I am no longer at Neuralink (as of a few weeks ago). I learned a ton there and remain a huge cheerleader for the company! Onward to new things.

The health tech venture marked its beginning in the year 2016 and was framed with a load of expectations and hopes for bringing forth innovations that could prove to be a gamechanger, connecting humans and computers. Musk, who is also the CEO of Tesla and SpaceX invested immense proportions of his personal wealth into Neuralink. Going by the self-description of the company on LinkedIn, Neuralink is focused on “developing ultra-high bandwidth brain-machine interfaces to connect humans and computers. 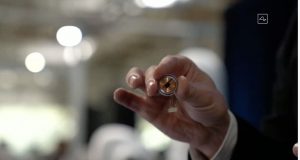 Though not backed by concrete evidence, Musk had given a string of promises concerning the company’s devices which will be incorporated with capabilities that could facilitate “superhuman cognition.” This would mean that a day would come when people who are paralyzed will be in a position to operate smartphones or robotic limbs with speed and precision by just using their minds. This was in addition to the claims made which included effective solutions for autism and schizophrenia.

The company also develops surgical robotics. This will be implanted in its devices, and then developed in such a way that it could be connected to the human brain. The idea is a magnet for criticism and skepticism, and yet the hope for this deal-breaking technology is still alive and fresh.

“Neuroscience Theatre” was the label given by MIT Technology Review following the August 2020 demo.

Musk doesn’t have any prior experience or background in the field of neuroscience and medical devices, however, is an active participant in fixing the “engineering challenges that Neuralink faces,” according to the project director at Neuralink.

The weight of hope carried by these promises was often pointed out by experts in the field, however, that has extinguished the enthusiasm and determination on Musk’s part about these futuristic devices that could be an absolute blessing to people suffering from paralysis and the likes. Techno-optimism is contagious and often entails an element of expectation but the level of truth blended with the optimism will be revealed only when it touches the line of reality. A reality that is yet to come.

The series of tweets by Musk following the statement from Dr.Anna Wexler sounded quite promising though it was devoid of any solid evidence or proof.

Post the tweet that announced his exit from the company, Hodak was not available to comment. However, the response he gave to one of his followers on Twitter who inquired about his future plans was mixed with humor, saying “Not Jurassic Park.” He was obviously alluding to a previous discussion on a micro-blogging site where the possibility of building Jurassic Park was discussed.

Neuralink is one among the string of companies working on “brain-machine interfaces.” Although the promises made on the potential of the devices lingers in the middle line of definitely and maybe, the possibility of a day when it becomes reality cannot be completely overruled.