Mux, a video technology company headquartered in San Francisco, declared that it has managed to raise $105 million as part of Series D funding. The funding effort has been led by several incumbent investors, such as Coatue, Cobalt, Andreessen Horowitz (a16z), and Accel. New investors, such as Dragoneer, have also been involved. This recent round of fundraising has resulted in Mux’s aggregate funding to $175 million, while its total valuation has jumped to more than $1 billion.

From the monetary gains of this funding round, Mux will work on accelerating the delivery and employment of features that assist video developers to increase their focus on building innovative and creative video experiences without having to worry about the complex details of the infrastructure that helps power their streams.

Essentially, Mux enables video developers to seamlessly stream their content through every type of connection and device via simple Application Programming Interfaces (APIs) for both on-demand live video. Throughout 2020, owing to the current COVID-19 pandemic, Mux has witnessed a significant increase in the demand for what they have to offer. There has been a 300% increase in on-demand video streaming, and a shocking 3700% growth of live video streamed by Mux’s clients.

This is part of one of Mux’s chains, Mux Video, which is further complemented by Mux Data. Mux Data works to regulate several billion video streams on a monthly basis for some of the world’s largest and most prominent video streaming platforms, such as Amazon Prime, Netflix, and Hulu. It provides assistance when it comes to analysing, measuring, and optimising their streams for more growth, expansion, and monetisation.

Several businesses from a variety of industries have perceived a major change in their avenues and operations required to engage customers, and Mux has had a large role to play. This includes streaming prominent music events with clients like Sessions Live and Maestro, and partnering with Oak National Academy – an e-learning hub and platform headquartered in the United Kingdom – to provide K-12 education. 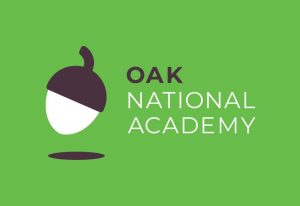 Mux has worked quietly in the shadows, but has a vast influence nonetheless. It has supported developers as they created new innovations to help keep people connected, entertained, and educated during the pandemic. As the video industry continued to grow and evolve, Mux is looking for and taking opportunities that allow the company to help developers solve modern challenges by making larger amounts of data more accessible by customers, and providing deeper insights into users’ video experience.