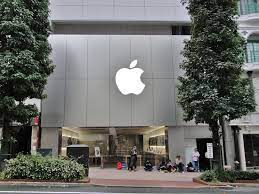 New iOS 16 To Help Differentiate Between Fake And Genuine Airpods

According to reports, Apple’s new iOS would be able to differentiate between fake and real AirPods. Reportedly, the newly launched iOS 16 can identify fake AirPods and Airpods pro which has been a major cause of concern for the iPhone-making company.

The Airpods manufacturer has said in a statement that, the sale of fake AirPods is a flourishing business on many marketplaces like eBay, Craiglist, and Facebook. Apple has talked about the difference between real and fake AirPods in detail.

The statement underlines that it has increasingly become difficult for users to identify the original product from the fake one. According to the company, those who indulged in selling fake AirPods have developed the capability to fake Airpods at all levels – from hardware to packaging to the pairing process. This has further made the differentiation between real and fake difficult, the company rued. Reportedly, the fakers have even been successful in faking even the serial numbers of Airpods at the apple site.

Apple has further said that to stop users from purchasing fake AirPods, it has recommended, that customers purchase products from its authorized resellers. However, the attractive prices of fake apple AirPods have seen users overlooking its recommendation.

According to reports, in the new iOS 16, of apple when an attempt to pair fake pairs of AirPods is made the system quickly apprises the user about the same. According to the statement, if a user manages to test them on the new iOS.

According to reports, Apple has lost around 3.2 billion. Further, according to the estimates from the US Chamber of Commerce, the number of fake counterfeit AirPods represented only 2.5 per cent of the total fake.

What Has Apple Said?

Apple has further said in a statement that, the main question pertains to the safety of the AirPods; Apple has said that there have been cases of AirPods catching fire. The company has urged its users to look for its genuine products.

“It’s important for customers to have the confidence they are buying a genuine product, and not being tricked into thinking they’re buying something that they’re not.”