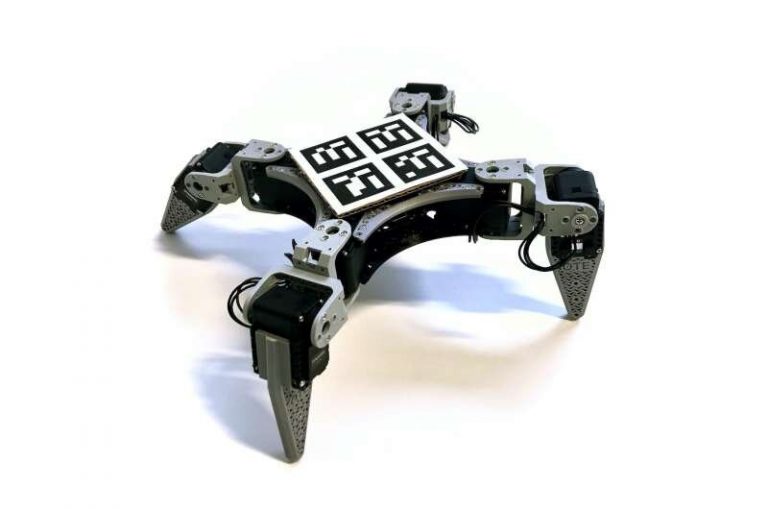 Robots are considered to be a valuable asset when it comes to heavy duty jobs. They are extremely reliable in carrying out tasks with little to no space for error. Most robots are used to carry out jobs which can be dangerous for human beings or are too difficult and require a lot of time. Since robots can be programmed to carry out specific tasks they are considered as highly reliable.

In order to teach robots how to carry out given tasks and navigate their environment efficiently, computer scientists and roboticists have been making use of reinforcement learning (RL) approaches. This is fairly difficult by itself but the biggest challenge lies in building robots that are affordable which are also able to support and handle controls which are associated with reinforcement learning (RL) algorithms.

In order to address this issue, researchers at Aalto University and Ote Robotics have now come up with RealAnt. RealAnt is a four legged robot and can be used to test and carry out implementation of RL algorithms. This robot has been made with very low cost involved.

The co founder of Ote Robotics, Jussi Sainio, said, “The initial inspirations for our work were RL studies that successfully demonstrated learning to walk from scratch on ant-like quadruped and humanoid robot simulations.”

They also added that, “The underlying premise with RL algorithms is that programming a robot to do tasks becomes much easier and more ‘natural’—one just needs to define the available sensor measurements, motor actions, then set a target goal and plug them all into a reinforcement learning algorithm, which figures out the rest.”

The findings from the study are published in a paper on arXiv. The reason Jussi Sainio and his colleagues carried out this research was to develop a robotic platform which is simple and low in cost but is also based on existing baseline RL solutions.

This type of platform, once put into use, will allow more researchers to build and test autonomous robots such as the RealAnt. This robot is capable of learning how to walk by itself by moving its legs in a very coordinated way. This robot is also capable of sensing its correct position and orientation under any environment.

Jussi Sainio while speaking about the benefit that RealAnt can provide said that, “One can think of the RealAnt platform as a real-world version of the ‘Ant’ simulator environment, which is a popular benchmark for RL.”

They further added that, “It is one of the easiest platforms to get started with reinforcement learning and real-world robots. The main advantage of the RealAnt platform is that it is readily and affordably available.”

The RealAnt robot is not only cheap but is also very quick to manufacture. Once all its individual parts are assembled it can be put together in less than an hour. Also all the components which have gone into making this robot are quite easy to obtain. If that’s not the best part, the total cost of manufacturing this robot is just $410.

This robot is currently available for online purchase on Ote Robotics website. This robot has been performing effectively in both real life experiments and under simulations