Nintendo, the Japanese game giant teams up with Pokémon  Go developer, Niantic to create new augmented reality games. The games will feature Nintendo characters. As per the reports, a new Pikmin smartphone app will be the start off point of the collaboration, which according to Nintendo, is designed to “make walking fun.” Though, Niantic had earlier collaborated with The Pokémon Company, this will be its first direct partnership with Nintendo.

The games will play crucial part in adding a framework of progress to augmented reality in the future. After Pokémon Go’s massive success in 2017, the latest collaboration is held in high hopes, since it was Pokémon Go that opened the door to augmented reality to mainstream audience. With the help of augmented reality, images and animations are superimposed on the real-world view that is seen using a smartphone’s rear view camera.

In the words of Shigeru Miyamoto, Nintendo representative director,

“Niantic’s AR technology has made it possible for us to experience the world as if Pikmin are secretly living all around us.” 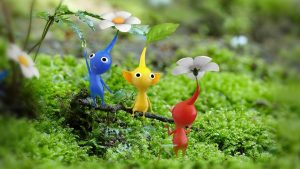 Miyamoto is also the creator of Pikmin and the popular Nintendo characters like Super Mario and Donkey Kong.

Nintendo’s past trajectory shows an inclination to stick to traditional consoles. The popular landscape of smartphone gaming was out of its growth strategy until it released a couple of mobile titles like “Super Mario Run” in 2016 and “Mario Kart Tour” in 2019. In addition to bringing Nintendo’s beloved characters to life for world wide mobile game players, the latest deal will also be an answer to the investors who are of the opinion that Nintendo is not earning much from smartphone apps.

According to John Hanke, CEO of Niantic,

“As we continue to expand our games portfolio, it was a natural step to team up with Nintendo.”

The game is to be designed in such a way that it provides a novel experience to people that is a class apart from the traditional games. The game will be designed on the theme, ‘making walking fun.’ Pikmin, that features tiny plant creatures engaged in player’s bidding, seems tailor made for this. Though Pikmin lacks the same popularity as Pokémon franchise, it is expected to be a literal game changer when blended with augmented reality. In the due course, the new deal might erect pillars of change in the gaming world, while also solidifying augmented reality’s scope and position in the technological world.