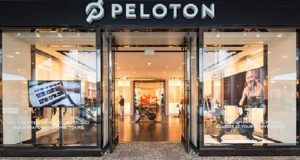 Atlas Wearables and Otari were acquired last year, followed by Aiqudo Inc. in February. According to the company, the prime focus of the acquisitions is  to enhance the technology, which in turn would create a solid working ground for the company to prosper. Monday saw a remarkable rise in stock in extended trade, following the news.

The three companies have to their credit notable achievements that deem them worthy of attention. AI powered voice assistant built by Aiqudo that enables developers to include voice actions to apps, Atlas Wearables’ fitness centered smartwatches that provide users with guidance during workouts, and Otari’s interactive workout mats are to name a few.

The deals will provide Peloton with a speed boost to work on new and innovative hardware, building on and improving its existing software and products. According to the LinkedIn profiles of engineers from the acquired companies, the point of focus is artificial intelligence and computer vision technology. Although the deals appear to be small, they are expected to make a big impact on the company’s growth, promising a solid and progressive future.

A total sum of $78.1 million was paid for the three companies in the final quarter of 2020, according to a regulatory filing that took place recently. Since Aiqudo deal was closed this year, the amount is excluding that. Apart from the three, Peloton also took ownership of intellectual property from digital health company, Peerfit in November, in addition to Gossamer Engineering in 2019, a Silicon Valley engineering firm that were part of designing devices for Facebook and Google.

Though the company is under the limelight for the wrong reasons right now, as a result of accidents caused by its high-end treadmill that resulted in the death of a child and serious injury in another, it intends to speed up its production with the new line of products, the wide guesses being a rowing machine and a strength training device. The recent investments in its supply chain to boost production capacity also indicates that the company is already on the wheel with its new developmental strategies.