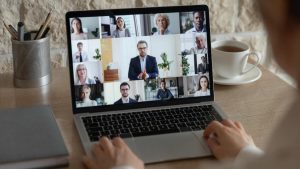 Artificial intelligence is a term that has become commonplace in today’s world. The transformative characteristics of artificial intelligence have been revolutionizing a multitude of fields. Therefore, it becomes imperative to be aware of the technology. At present, there is a surging demand for talent and skill, especially in technological fields and companies. This demand for talent and skill in AI has urged private education companies to fill this talent gap.

Education becomes effective only when it evolves according to the changing times. For instance, Silicon-Valley based Holberton initiated an engineering boot which resulted in immense success. This induced the company to create an operating system, particularly for education. It is basically a toolset that facilitates the creation of machine learning programs or curricula by private programs quickly and on their own.

Julien Barbier, the co-founder of Holberton, believes that the traditional schools are not fast-paced in adapting to the changing market environment, particularly because they are “constrained by overtaxed faculty.” And Holberton is primarily focused on bridging this talent gap and meet the increasing demand.

The surging demand for AI-focused jobs is evident from the recent reports that state that the coming years will witness the creation of over 149 million jobs, particularly in the new technology field.

Traditional schools have been falling behind in meeting this demand and creating graduates who are well-equipped to work in a changing world with rapid technological revolutions. The main reason for this is the lack of qualified teachers with specialized knowledge who prioritize teaching over earning. Added to this is the case of the immense brain drain of AI professors who jump ships from academia to industry. In response to this, a new breed of schools is cropping up that guarantees the creation of a student crowd who are talented and highly trained.

The pandemic has also pointed out the need for a technological workforce that has the right toolset to build a world that is progressive and matching in pace, and it is expected that these new schools will meet this growing demand and build a strong base where realms of technological success can be created.