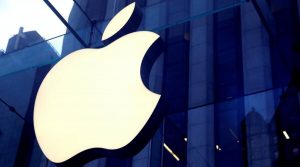 There has been a ransomware attack on the tech giant company, Apple. A Russian hacking group are claiming that they have got their hands on schematics of several yet to be launched products from the Apple company. In return of this information, these hackers have demanded a sum of $50 million. If the company fails to do so, the hackers have threatened to leak the designs that they have with them.

According to the reports, this group of hackers were able to access this information by conducting various cyber attacks on Quanta. Quanta are a Taiwan based company which is one of the manufacturers of Apple. This company is mainly responsible for making MacBooks and other products. This company has a large number of global clients including Google, Microsoft, Facebook, Lenovo and others.

The name of this Russian hacking group is, REvil. The group is also known as Sodinokibi. This group has now got their hands on important details of the current products and the future, yet to be launched, products of Apple.

This group of hackers demanded that if the ransom amount was paid, they will not leak the schematics. But the company Quanta, refused to cooperate with the hackers and refused to pay any such amount to the attackers. Upon which the hackers started to post the images on April 20 on the dark websites. These leaks were timed according to the Apple’s Spring Loaded event launch in order to send across a message.

In its statement, the Taiwanese company confirmed that its servers were breached. The statement given out said, “Quanta Computer’s information security team has worked with external IT experts in response to cyberattacks on a small number of Quanta servers.” However the company also made it clear by adding further that the hack has left no “material impact on the company’s business operation”.

According to report on late Wednesday, “In a message posted on a dark web portal, the REvil gang said that Quanta refused to pay to get its stolen data back and, as a result, the REvil operators have now decided to go after the company’s primary customer instead.”

The hacker team, REvil, operators gave out a message and said that “Our team is negotiating the sale of large quantities of confidential drawings and gigabytes of personal data with several major brands. We recommend that Apple buy back the available data by May 1.”

The hacker group has given the company time till the 1st if May to pay up the ransom amount. Failing to which the group will continue to leak the images that they have acquired. As of now the hacker group REvil has so far leaked images of Apple’s iMac, which was recently released, he 202r0 M1 MacBook Air and also pictures of an unreleased laptop that features additional ports.

The files leaked show schematics for the Macbook laptops but none of these pieces if information is considered to be particularly sensitive. These pictures do not include anything much sensitive other than assembly information and technical details.

However, this is not the first time this hacker group REvil has targeted a tech company. This is the same group which conducted hack attacks on Acer’s back office network back in March 2021. In that situation too, the group demanded a sum amount of $50 million to not leak any data on dark web.