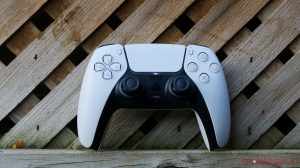 Sony and the ‘Digital You’

Sony’s patent will facilitate Sony AI to take over the game from you and play it for you when you are busy or caught up with something. And the best part about this idea is that Sony won’t be using a single AI model for all the users. This added highlight of customized gaming is what makes it special and unique. In order to facilitate this customization in the game style, the AI profile will closely monitor the way a user acts and behaves while playing the game. This same style and actions will be adopted by the AI when you hand over the game so that it will have a unique personal touch rather than being a completely mechanized version.

Irrespective of the type of game, the AI will be well equipped to take over and this is the key idea behind this novel design. It is a boon and bane. A bane because the ‘can’t pause the online game’ excuse will no longer work when you are trying to dodge actual work.

The AI will also come to your help when you are stuck in between the game. However, instead of referring to a developer-made guide, it would take instructions from “expert players” on what the best way is to progress in the game, and then it delivers the information after collecting the most popular answer.

These answers will also be stored in a database that is much similar to GameFAQs. This will be of substantial help to other players who get stuck in the game. They can use this stored information from expert players to solve their problems and progress in the game.

Though the idea is brilliant, it should be kept in mind that not all patents touch the line of reality. Therefore it is wiser to view this patent as the features the game companies would like to achieve rather than seeing it as solid proof of novel features that will be soon realized in due course.