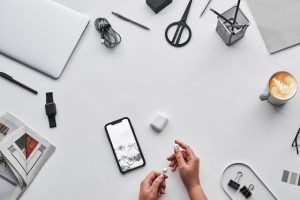 A lot communication now a days happens over a phone call. There is a common problem shared amongst all the electronic communication devices that is acoustic echo. This problem is prevalent in all such devices be it mobile or desktop. Acoustic echo means the speaker hears their own voice through the device, sometimes after a significant delay. This problem can be minor for some and unbearable for the others. That is why eliminating the acoustic echo is considered an important task for telecom applications.

The process of removing this echo is known as echo cancellation. Two researchers Todd Moon and Jacob Gunther who are currently serving as the faculty for Electrical and Computer Engineering have been able to come up with a solution for this problem. They have developed a filter which cancels echo when both the people on a call are talking at the same time.

Todd Moon explains the functioning of this product, “In the usual conference room setting, these adaptive filters can’t adapt when both people are talking at the same time. And they will actually sort of shut things down, and you get weird effects. What I have been doing in this patent is coming up with an adaptive learning algorithm that allows the canceler to adapt more readily.”

Echo forms when the waveforms get repeated. Sound is a waveform and that’s how our speech travels through a medium. When your own sound reverberates on the telephone receiver that’s when one hears the echo. It becomes problematic to go on with a conversation with a continuous echo.

Acoustic echo takes place when the phone picks up audio signal from the speaker and sends it back to the speaker itself. If the microphone used in this case are sensitive ones, the acoustic echo heard can be intensified.

The system developed by Todd Moon and Jacob Gunther is capable of separating various audio signals. This system can separate audio signals from that of the speaker or any ambient noise. It works faster than regular filter thus preventing any echo to form which might disrupt the conversation.

Todd Moon and Jacob Gunther used a process which is known as the blind source separation. This is because this process does not necessarily need to know the source of the acoustic signals in order to process them.

If the echo formed is of low amplitude, it usually goes unnoticed. Such type of echo is not considered problematic for a conversation. However, if the eco is audible to the speaker which is when its interval exceeds approximately 25 milliseconds (ms), it interferes in a conversation and creates disturbance.

Such echo is also responsible for affecting the quality of voice during a phone call. Which makes the entire conversation extremely unpleasant and distracting. Acoustic echo is detected when the speaker volume of the microphone is turned up to a very high level. Acoustic echo is often encountered during audio conferencing systems.

This system also has many other uses than just to cancel the acoustic echo. Todd Moon and Jacob Gunther say that this system upon further developments will allow people to talk to their TV sets rather than using remote controls. It can also prove to be a key technology to provide hands free control on computers and other electronic devices.