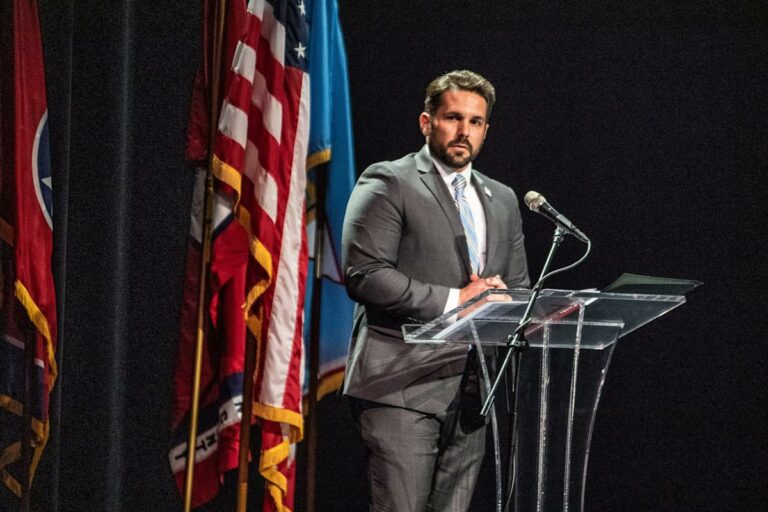 Next year, city employees will have the option to convert cryptocurrency to payroll

The City employees will have the option to convert cryptocurrency to payroll. Jackson will soon be the first city in the country to offer cryptocurrencies as a payroll conversion option for public workers. Jackson City Mayor Scott Conger has been attempting to incorporate Bitcoin into the city administration, as reported by the Jackson Sun in May, marking a first for any city government in the country.

City employees will have the option to convert cryptocurrency to payroll

“We currently provide our staff with a deferred payment option for their retirement. Why don’t you add additional options?” says the narrator.

Now that plans are in motion, the city has issued a request for proposal (RFP) that would allow third-party platforms to apply to be the city’s cryptocurrency converter.

“The RFP is now available!” Conger exclaimed ecstatically. “The respondents have until the 22nd to respond to the RFP. So, once the 22nd arrives, we’ll open the bids, convene the committee, and have them assess everything. In February, they’ll most likely recommend to the council.”

According to Conger, the conversion option will broaden the payment options available to city employees. He stated, “It’s not something that’s going to be required.” “It’s a different option.” Consider it as if you were investing in the stock market. What are your plans? You should diversify your investment portfolio. And this is just another opportunity to spread our revenue-generating portfolio—possibly across the city.”

For the city to be able to host bitcoin choices, a third-party platform is required. “We can’t pay in Bitcoin because Tennessee state law prohibits us as a city from keeping our balance sheet,” Conger explained. “We’d have to hold it to pay it.”

“Essentially, this is us partnering with a third-party platform, which is now our deferred compensation.” So we’d pay our staff, and part of that would be a payroll deduction that would go to the third party, who would then open that wallet for them The city will now be able to pay contractors and businesses in bitcoin, broadening the pool of bids.

“If we have a company or contractor who wants to be paid in bitcoin,” he explained, “we can utilize the same third-party, pay them in US dollars, and they can convert it and pay it immediately.”

As we reported in May, no municipal government in the United States has yet adopted Bitcoin-based employee options. Only Conger and Miami Mayor Francis Suarez, with whom Conger has “started up a conversation,” are seriously considering it.

“It makes sense since it’s a big city,” Conger remarked of Miami. “They take the road of least resistance better than Jackson.” But as I became more comfortable (with the concept of cryptocurrencies) and educated on it, I said to myself, “Why not?” Why not Jackson, for example? ‘Why can’t we do anything to counterbalance our current economic system?’

Also read: The U.S. government has a massive, secret stockpile of Bitcoin – here’s what happens to it