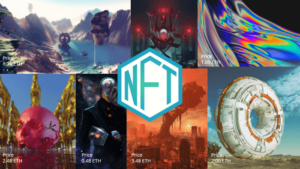 Bitcoin (BTC) miners, according to Michael Saylor, the founder of MicroStrategy, are energy arbitrageurs in their search for inexpensive or wasted energy. When compared to the energy consumption by traditional banking, he claims that crypto’s negative rep is undeserving.

One project, for example, is concerned not only with energy efficiency but also with corporate social responsibility and has donated $10,000 to COVID-19 patients in India.

Curate is the first NFT marketplace to have the approval to be on the App Store. It was one of the first signatories to the Carbon Crypto Accord. Which commits crypto companies to become carbon neutral by 2030, underscoring the world’s concern about climate change. The crypto sector, which has been branded with a negative reputation when it comes to carbon emissions. And it is fighting back, offering support for carbon reduction and focusing more on renewable energy.

The carbon-neutral NFT marketplace is powered by blockchain-agnostic technology and allows for gas-free transactions. Its peer-to-peer (P2P) marketplace specialises in fashion, gaming, and gadgets.

According to Mohammed Carrim Ganey, the platform’s CFO, “Curate aspires to bring crazy simplicity to NFTs and establish a harmonic ecosystem comprising of all key blockchain features without complexity and gas fees.”

Since its introduction in the first quarter of this year, the marketplace has seen over $7 million in trading activity. And it also has built a strong following on social media, with over 100,000 followers. Furthermore, the platform has coined and traded over 20,00 NFTs.

By incorporating important search functions and attributes into the metadata of the NFTs, these NFTs are aggregate cross-platform and cross-chain. Resulting in hard-coded NFTs by default. The software comes with its own wallet and is available on iOS and Android. Fiat on-and-off ramps are supplied directly within the app by its partner Circle, so the user is not distracted. This ensures that consumers spend more time with the app and, as a result, spend more money within the ecosystem.

Travala, Shopping.io, Elrond Gold, Algorand, Chainlink, Avalanche, Moonbeam, and Matic are just a few of the companies Curate has partnered with.

Travala.com is a Binance-backed crypto industry leader in travel reservations. It has introduced the Curate token, XCUR. As a way to pay for travel or lodging on its site. The blockchain-based travel platform facilitates hotel and accommodation bookings and has a global coverage of over 2 million properties.

The all-in-one marketplace is also integrating with Polygon to offer MATIC as a payment option. As well as to mint on the popular Layer-two solution, as part of its blockchain agnostic growth.

Plans to launch the marketplace of a physical product

The Curate. the style marketplace is now only available in digital format. There are plans to launch the marketplace of a physical product. Along with merchants already lining up to participate.

Curate’s ultimate goal is to create a simple blockchain compatible NFT marketplace with direct fiat on-and-off ramps that operates in a gasless ecosystem. It has achieved all of its goals thus far and is one to keep an eye on — as well as a download onto your mobile device.

Curate’s mission statement has always been to keep crypto easy by providing a gasless multichain marketplace for both NFTs and general products. According to James Hakim, the company’s founder and CEO.