The Thai Securities and Exchange Commission has granted a licence to an Ethereum-based real estate enterprise.

Traders may invest as little as $150 in pricey real estate holdings because of the Ethereum blockchain. 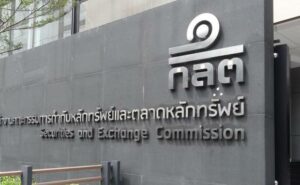 Fraction, a wholly-owned subsidiary of Hong Kong-based fintech firm Fraction Group, in an announcement on Thursday, spoke about it receiving the permission grant to list and trade tokens for fractional ownership of physical or digital assets.

They got the licence through the Thai Securities and Exchange Commission’s official platform for initial coin offerings, which came into existence in 2018. The licence establishes the groundwork for Fraction’s planned asset digitization and fractionalization solution, dubbed the initial fraction offering (IFO).

In Q1 2022, the company plans to offer the first IFOs for subscriptions. Focusing on property tokens in partnership with local real estate firms. Fraction is reportedly looking into an IFO for more than $460 million, according to the release.

Fraction co-founder and CEO Ekapak Nirapathpongporn explained, “Now you may lawfully own a slice of this property. Maybe 1% of it, rather than having to pay $5 million to buy the whole thing”. He noted that the minimal investment to engage in an IFO would be roughly $150.

“While many have been talking about it or attempting to accomplish it, our platform is complete. Already up and running, and ready to publish public assets”. Fraction co-founder and chief technology officer Shaun Sales said.

Due to the immature nature of the technology and regulatory ambiguity around such services, the tokenized property business has remained relatively small. According to Moore Global, a British accountancy firm, the token real estate market might reach $1.4 trillion in the next five years However, this is possible only if 0.5 percent of the global property market is tokenized.