Second Quarter revenues were flat on a currency-neutral basis as we continue to manage the ongoing impact of supply chain challenges across the marketplace. Revenues in Greater China and APLA declined, largely due to lower levels of available inventory resulting from COVID-19 related factory closures. 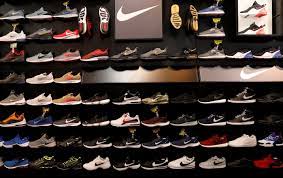 While closures had an impact across our portfolio, North America and EMEA delivered growth due to higher levels of in-transit inventory entering the second quarter.

Revenues for NIKE, Inc. increased 1 percent to $11.4 billion compared to the prior year and were flat on a currency-neutral basis.

Revenues for the NIKE Brand were $10.8 billion, flat to the prior year on a currency-neutral basis. It was driven by NIKE Direct growth, offset by lower revenues in our wholesale business.

Revenues for Converse were $557 million, up 16 percent on a currency-neutral basis. It is led by strong performance across all channels in Europe and North America.

The gross margin increased 280 basis points to 45.9 percent. It is led by margin expansion in our NIKE Direct business driven by lower markdowns. A higher mix of full-price sales, and changes in foreign currency exchange rates. That was partially offset by lower full-price product margins largely due to increased freight and logistics costs.

Demand creation expense was $1.0 billion, up 40 percent. That is primarily due to the normalization of spending against brand campaigns. They continued investments in digital marketing to support heightened digital demand.

The effective tax rate for the quarter was 10.9 percent compared to 14.1 percent for the same period last year. It is due to a shift in our earnings mix and the effects of stock-based compensation.

Net income was $1.3 billion, up 7 percent, and diluted earnings per share were $0.83, increasing 6 percent.

For the third quarter, Nike expects sales to grow at a low-single-digit rate from the prior year, due to lingering effects from the Vietnam factory closures. Analysts had been forecasting a 2.5% lift.