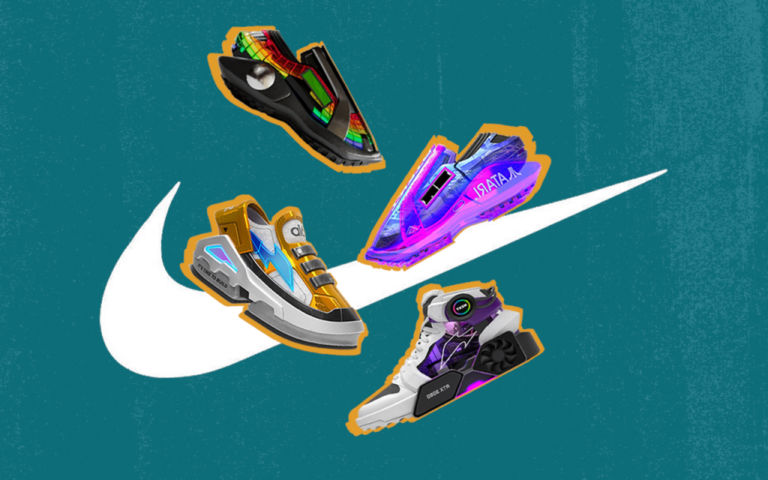 Nike sold the NFT of a shoe for $134,000 In April, Nike released its first collection of virtual sneakers, called Cryptokicks, which comprised 20,000 NFTs.

The business of collecting shoes has grown a lot. Until recently, the same was true for the market for non-fungible tokens, or NFTs, which are digital proofs of ownership for things like art, tattoos, and virtual real estate.

Two hypebeast markets eventually ran into each other.

The head of Highsnobiety’s NFT studio, Jurgen Alker, says that the physics of NFTs and shoes are the same. “Both involve shortages and cuts.” “A sense of community, status, and belonging”

This is Nike’s first project with RTFKT, a virtual footwear company it bought in December and whose name is pronounced “artifact.”

There are also other shoemakers taking part. Adidas started selling limited-edition sweatshirts and tracksuits in December when it joined the Metaverse (but no sneakers). The Verge says that $22 million was made in the first afternoon by Adidas collectors who knew how to use NFT.

Asics and STEPN worked together to make 1,000 NFT sneakers, a workout program that gives bitcoin to runners for every step they take (think of it as a combination of Pokemon GO and Strava). Yawn Rong, who is one of the people who made STEPN, says that the virtual sneaker has sneaker leveling, shoe minting, and NFT customization.

Like real shoes, virtual shoes give you something to brag about. They can be sold by collectors on social media or in NFT markets like OpenSea.

The Nike Cryptokicks belongs to who? Uncertain.

The launch was mysterious. In February, RTFKT put out 20,000 NFTs of MNLTH, which you say is like a “monolith” (vowels are for noobs in the NFT world). The only signs were the Nike Swoosh and the lightning bolt that stood for RTFKT.

Joe Chui, who is 39 years old and works as an NFT analyst in San Francisco and runs the YouTube channel RealTalkFIRE, got two MNLTHs. Anyone on OpenSea could buy one for 5 Ether, which is about $15,000. No one knew what was inside, though. (Nike wouldn’t answer.)

Bryson Honjo, who is 31 years old and lives in Honolulu, bought two MNLTH boxes for 5 Ether each. “Like the Air Jordan 1 from 1985, this will change the game,” Honjo said.

Chui said that on April 22, Nike said that owners can “unlock” their boxes by connecting their crypto wallets to the RTFKT site.

Sneaker skins determine the price. Most people have “Human” skin, which is pink and black. “Alien” skin is purple and green.

You can only get Cryptokicks digitally through OpenSea or RTFKT. The people who own them want to give them new skins so they can use them in online games and the metaverse.

Alker from Highsnobiety said that it would be huge if Nike’s NFT shoes were in Fortnite or GTA6. “Then you can also show off your shoes at games.”

Others want to trade their NFTs for hard copies. Honjo doesn’t care about a physical copy.

Honjo sold a pair of Nike Air Yeezy 2 Red October shoes for $9,000. “I wore them twice in four years. “Is a shoe that was just shown to me still a shoe?”

Chui concurs. His Cryptokicks is more than just a pair of virtual sneakers.

Chui is very happy about the comeback because he has two pairs of Cryptokicks. Real-time brings together the real, the virtual, gaming, and investing.