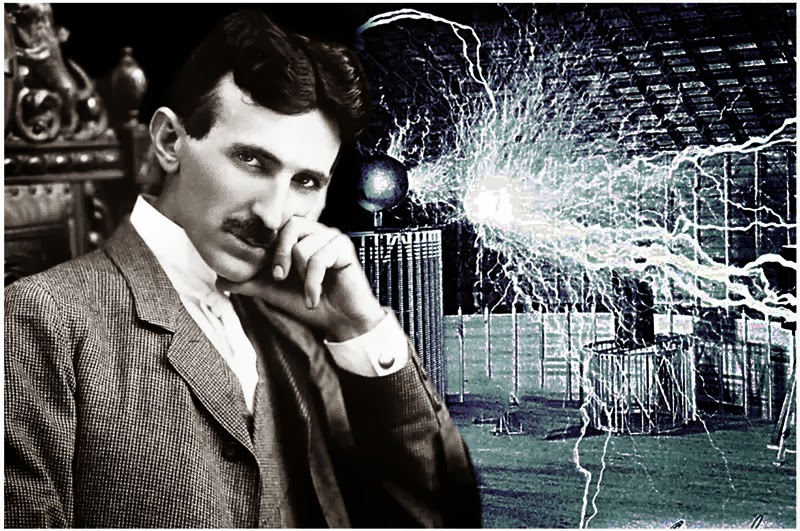 Nikola Tesla was a Serbian American inventor, electrical engineer, mechanical engineer, physicist (Take that Tony stark!) and futurist best known for his contributions to the design of the modern alternating current system. (Here) 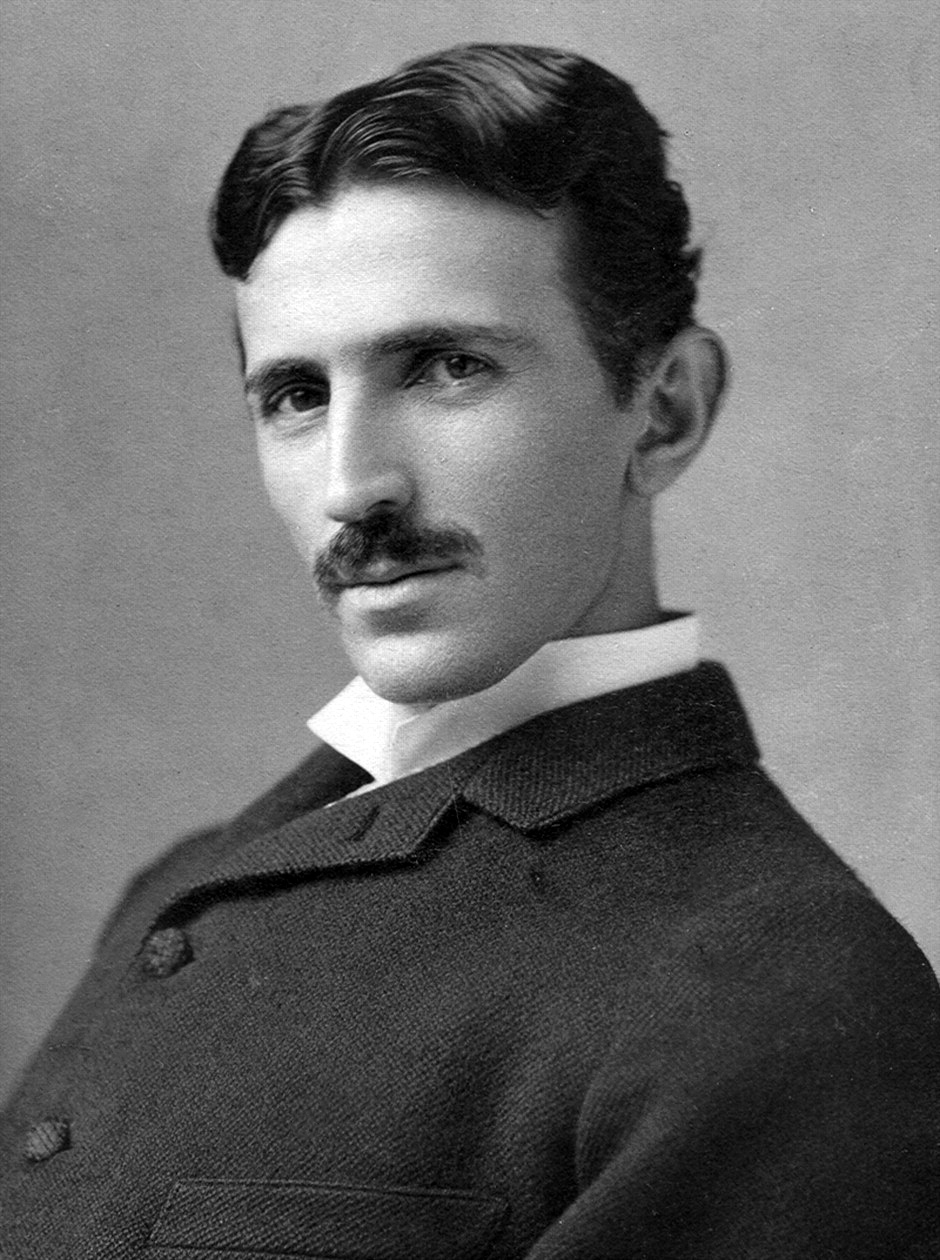 This quote explained his mindset promptly “The scientists of today think deeply instead of clearly. One must be sane to think clearly, but one can think deeply and be quite insane.“

Most of the technology that we use today is because of the early works of this Archetypical “mad scientist” who was hell bent on making the world a better place. All of this technology is now usable only because of the power source that makes it tick, Alternating current.

Tesla pointed out the inefficiency of Edison’s direct current electrical powerhouses that have been building up and down the Atlantic seaboard. The secret, he felt, lay in the use of alternating current, because to him all energies were cyclic. Why not build generators that would send electrical energy along distribution lines first one way, than another, in multiple waves using the polyphase principle?

Edison’s lamps were weak and inefficient when supplied by direct current. This system had a severe disadvantage in that it could not be transported more than two miles due to its inability to step up to high voltage levels necessary for long distance transmission. Consequently, a direct current power station was required at two mile intervals.

Direct current flows continuously in one direction; alternating current changes direction 50 or 60 times per second and can be stepped up to vary high voltage levels, minimizing power loss across great distances. The future belongs to alternating current.

Nikola Tesla developed polyphase alternating current system of generators, motors and transformers and held 40 basic U.S. patents on the system, which George Westinghouse bought, determined to supply America with the Tesla system. Edison did not want to lose his DC empire, and a bitter war ensued. This was the war of the currents between AC and DC. Tesla -Westinghouse ultimately emerged the victor because AC was a superior technology. It was a war won for the progress  of both America and the world.

Tesla introduced his motors and electrical systems in a classic paper, “A New System of Alternating Current Motors and Transformers” which he delivered before the American Institute of Electrical Engineers in 1888. One of the most impressed was the industrialist and inventor George Westinghouse.

One day he visited Tesla’s laboratory and was amazed at what he saw. Tesla had constructed a model polyphase system consisting of an alternating current dynamo, step-up and step-down transformers and A.C. motor at the other end. The perfect partnership between Tesla and Westinghouse for the nationwide use of electricity in America had begun.

His vision of this energy to take over the world was well known by his own words “In the twenty-first century, the robot will take the place which slave labor occupied in ancient civilization.” Saying these words in the age where the powere source for it was not even decided was truly revolutionary.

Another thing he was more famously known for was his feuds with Thomas Alva Edison. Many have characterized Tesla and inventor Thomas Edison as enemies but Carlson says this relationship has been misrepresented. Early in his career, Tesla worked for Edison, designing direct current generators, but famously quit to pursue his own project: the alternating current induction motor. Sure, they were on different sides of the so-called “Current Wars,” with Edison pushing for direct current and Tesla for alternating current. But Carlson considers them the Steve Jobs and Bill Gates of their time: one the brilliant marketer and businessman and the other a visionary and “tech guy.”

On a rare occasion, Edison attended a conference where Tesla was speaking. Edison, hard of hearing and not wanting to be spotted, slipped into the back of the auditorium to listen to the lecture. But Tesla spotted Edison in the crowd, called attention to him and led the audience in giving him a standing ovation.

Seifer (he is the person who wrote the Biography of Nikola tesla, “Biography of a genius”) qualifies it more, saying the two had a love/hate relationship. At first Edison dismissed Tesla, but came to eventually respect him, he said.

“When there were fires at Tesla’s laboratory, Edison provided him a lab, so clearly there was some mutual respect,” Seifer said.

Although everyone thinks Marconi was the inventor of radio, his works were just the improvements on what Tesla did much before him. Tesla’s theories on the possibility of the transmission by radio waves go back as far as lectures and demonstrations in 1893 in St. Louis, Missouri, the Franklin Institute in Philadelphia, Pennsylvania, and the National Electric Light Association. Tesla’s demonstrations and principles were written about widely through various media outlets. Many devices such as the Tesla Coil were used in the further development of radio.

In 1898, Tesla demonstrated a radio-controlled boat—which he dubbed “teleautomaton”—to the public during an electrical exhibition at Madison Square Garden. The crowd that witnessed the demonstration made outrageous claims about the workings of the boat, such as magic, telepathy, and being piloted by a trained monkey hidden inside. Tesla tried to sell his idea to the U.S. military as a type of radio-controlled torpedo, but they showed little interest. Remote radio control remained a novelty until World War I and afterward, when a number of countries used it in military programs. Tesla took the opportunity to further demonstrate “Teleautomatics” in an address to a meeting of the Commercial Club in Chicago, while he was travelling to Colorado Springs, on 13 May 1899.

In 1900, Tesla was granted patents for a “system of transmitting electrical energy” and “an electrical transmitter.” When Guglielmo Marconi made his famous first-ever transatlantic radio transmission in 1901, Tesla quipped that it was done with 17 Tesla patents, though there is little to support this claim. This was the beginning of years of patent battles over radio with Tesla’s patents being upheld in 1903, followed by a reverse decision in favor of Marconi in 1904. In 1943, a Supreme Court of the United States decision restored the prior patents of Tesla, Oliver Lodge, and John Stone. The court declared that their decision had no bearing on Marconi’s claim as the first to achieve radio transmission, just that since Marconi’s claim to certain patents were questionable, he could not claim infringement on those same patents (there are claims the high court was trying to nullify a World War I claim against the U.S. government by the Marconi Company via simply restoring Tesla’s prior patent).

Radar is a very interesting piece of technology; it has helped many countries defend themselves during tough times. (Of course it has its cons too, but hey what technology doesn’t?) By the history books, a brit named Robert A.Watson-Watt was credited with the invention of Radar in 1935. Can you guess who came with that idea 18 years prior to him? Nikola Tesla it is. He pitched it to the U.S Navy at the beginning of World War I. Unfortunately, Thomas Edison was the head of R&D for U.S. Navy at that time and he managed to convince them that it had no practical applications in war. (So the next time your boss refuses your idea, think of Tesla and never give up!)

There are so many other things that he did; I guess even listing it would be separate book to read:

The answer to all the questions and so many more questions would be NIKOLA TESLA. The true genius, revolutionary and visionary human who only wanted to make the world a better place. As always with us humans, we never celebrated him when he must have been but just write about him now on the things he helped create.

You are the greatest geek to have lived on this beautiful earth in the times when human race was only thinking about making money out of everything. Look where it has brought us? More than the happiness, the constant fear for our “stable lives” is what taking over. Yes, maybe you were a hallucinating overambitious dude who wanted more patents than live your life like a normal human being. But still you deserve all the thanks this world can offer.