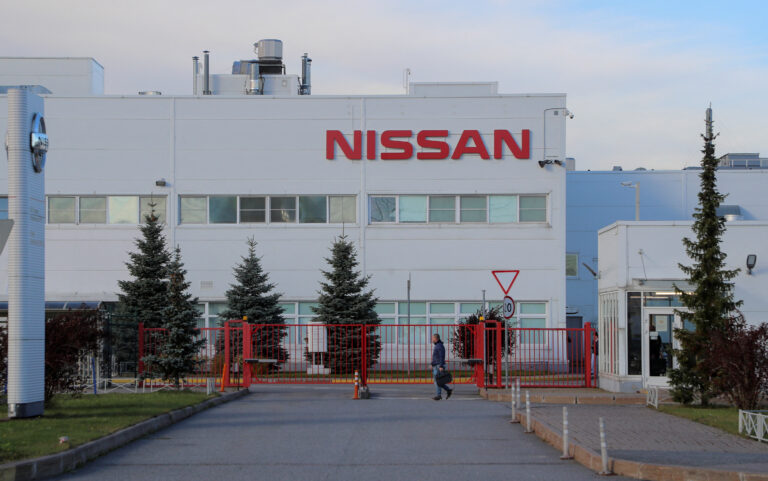 Nissan takes a loss of $687 million as they sell its Russian business by selling for 1 euro. This is the exit from the country by the company. However, the automaker has the right to buy back the business within six years according to Russia’s industry and trade ministry.

Furthermore, the sale will include Nissan’s car plant and research facilities in St Petersburg as well as its sales and marketing center in Moscow. The business suspended production at its St. Petersberg plant in March due to supply chain disruptions. Later, the company and its local unit had been monitoring the situation, it said. However, there was “no visibility” of a change to the external environment, Nissan said, prompting it to decide to exit.

Junior alliance partner Mitsubishi Motors is also considering exiting Russia, the Nikkei newspaper said. A spokesperson for Mitsubishi said nothing had been decided. The deal marks the latest major company exit since Russia sent tens of thousands of troops into Ukraine in February and mirrors a move by its alliance partner Renault, which sold its majority stake in Russian automaker AvtoVAZ to a Russian investor in May. Renault reportedly sold its stake in AvtoVAZ for one ruble ($0.0157). “‘Nissan Manufacturing Russia is transferring its assets to the state – a deal of great significance for the industry,” Russia’s Industry and Trade Minister Denis Manturov said.

The exit comes as Nissan has embarked on a major shift in its relationship with Renault. The partners said on Monday they were in talks about the future of their alliance, including Nissan considering investing in a new electric vehicle venture by Renault. Those talks, which could prompt the biggest reset in the alliance since the 2018 arrest of long-time executive Carlos Ghosn, have also included the possibility of Renault selling some of its controlling stake in Nissan, two people with knowledge of the talks have told. Renault, which owns 43 percent of Nissan, estimated the decision by its Japanese partner would lead to a 331 million euro hit to its net income for the second half of 2022. Meanwhile, French auto major Renault which holds a sizeable stake in Nissan said the latter’s exit from Russia will have a negative contribution to Renault Group’s net income estimated at 331 million euros for the second half of 2022 (before IFRS adjustments).

“On behalf of Nissan, I thank our Russian colleagues for their contribution to the business over many years. While we cannot continue operating in the market, we have found the best possible solution to support our people,” Nissan CEO Makoto Uchida said in the statement.