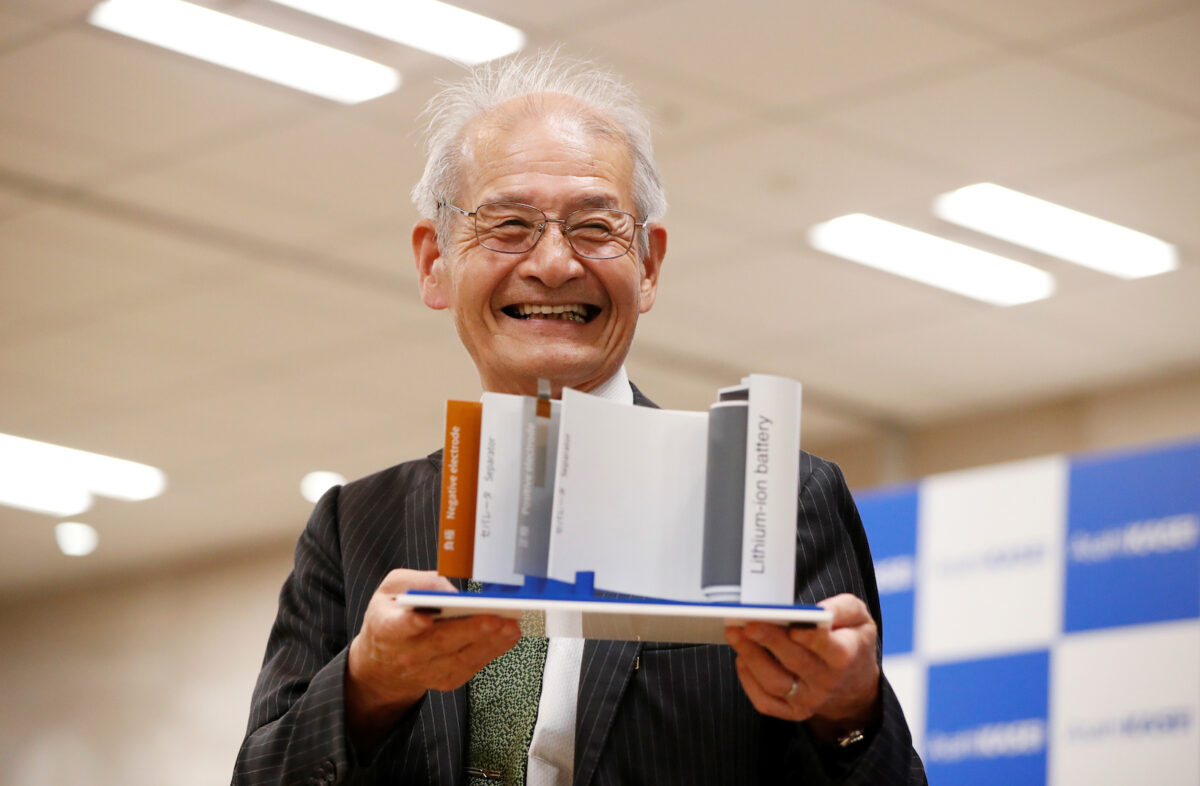 Efficient lithium batteries provided the first official push for electric vehicles to compete with fuel-powered vehicles. Yoshino is now an honorary fellow at a Japanese chemical firm Asahi Kasei. He worked at the firm for 50 years and finally is getting to see the transformation of the automotive industry. Most importantly the merge of the technology industry and the transportation industry, which started with lithium-ion battery technology. Reuters interviewed Akira Yoshino and here are some key takeaways mentioned.

When asked about which technical innovation in the design and materials in chemistry dominates. Specifically asking what innovation would keep lithium-ion innovation a dominated one. To wish Yoshino replied that there are to major innovations. While anode and cathode are the first ones, the other major innovation is the system used in EVs.

It is interlinked with how people will be using EVs, let it be charging or parking. Yoshino says that there is the biggest potential in ride-sharing. It means people would be using EVs for each ride, and not by buying vehicles. It could change the way people use vehicles. Then talked about wireless charging not being a problem. Points out that the system in which it is implemented is the problem. Whether the cars will be parked and they are charged automatically or while moving. Not on every road, but possibly in certain roads, where cars can be charged automatically. Further says that autonomous vehicles can do even better, know when to charge themselves, and goes to the charging station.

Yoshino’s statement on the future of mobility is thought-provoking. Every car company is working on installing charging stations. But that kind of system with an automated charging system looks far away future, but a possible scenario.

Later the interviewer points out that Toyota and Honda are selling hydrogen fuel cell vehicles in small numbers. The infrastructure to support the future of hydrogen fuel cells seems to be far away. Surprisingly, Yoshino says that fuel cell vehicles have challenges but they can overcome them. Also says that by 2030-2040 autonomous vehicles could come true. Its fuel could be anything, gasoline, battery, or hydrogen, the need to power them. If the cars cannot drive on their own, it would be useless innovation.

Adds that electric vehicles can make autonomous vehicles happen. Gave an example of the Roomba Vacuum, it charges itself, cleans on its own, and keeps the floor clean. If it can’t be charged on its own, buyers wouldn’t show much interest as they are showing now.

Later adds, “Tesla has their own independent strategy. The one to look out for is Apple. What will they do? I think they may announce something soon. And what kind of car would they announce? What kind of battery? They probably want to get in around 2025. If they do that, I think they have to announce something by the end of this year. That’s just my own personal hypothesis.”