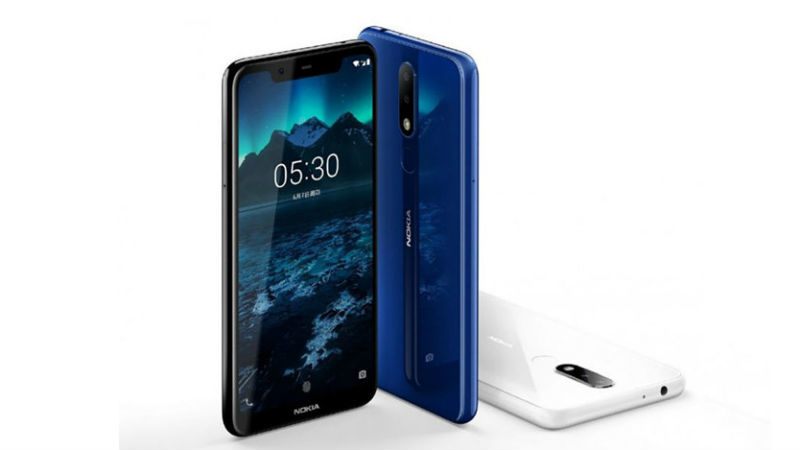 Nokia 5.1 Plus which is expected to be the higher variant of Nokia X5, has been spotted in five variants on a Bluetooth certified website which has confirmed the rumors that it will be launched in several countries outside China soon. Just to recall, the Nokia X5 was launched in China in the month of July this year after the launch of the Nokia X6 in the Chinese market. Moreover, the Nokia X6 global variant, the Nokia 6.1 Plus has already been announced. On the other hand, Nokia 5.1 Plus is yet to become a reality.

According to a report by the NokiaPowerUser, five new models of Nokia 5.1 Plus have been spotted on a Bluetooth certification portal. The names of the model include the TA-1108, TA-1105, TA-1120, TA-1112, and TA-1102. Much like the Nokia 6.1 Plus and all the other Nokia smartphones released globally last year, the Nokia 5.1 Plus is going to be a part of a Google Android One Programme.

The Nokia X5/5.1 Plus bears a 5.86-inch High Definition+display with a curved glass of 2.5D and an aspect ratio of 19:9. The smartphone is powered and supported by an Octa-core MediaTek Helio P60 SoC which is coupled with the 3GB/4GB of RAM and with 32GB/64GB of inbuilt onboard storage.

In the photography department, the Nokia 5.1 Plus will be going to feature a dual camera setup with a 13 MP primary camera and a 5MP secondary camera, coupled with the LED flash. On the front part, the smartphone bears an 8MP camera sensor with an 80-degree angle of view. The smartphone is fueled by a battery of 3060 mAh under the hood. Other connectivity options include the 3.5mm headphone jack, USB Type C, Dual 4G VoLTE, and Bluetooth v4.2.