Formerly, we came to know how North Korea was actually funding its nuclear program with the help of stolen cryptocurrencies. As the crypto currency market imploded the unethical nuclear project came to a halt. In this scenario, many believe that the crypto market crash was a boon rather than a bane.

Since, the market is recovering from the crash, North Korea has reportedly resorted to other ways to earn funds via cryptocurrency. According to the reports, North Korean hackers are on the rise in the cryptocurrency market, as these hackers, hack and transfer the tokens to other wallets that are supported by the government of North Korea.

As a new method to scam the cryptocurrency market, North Korean hackers have resorted to an unorthodox method where they are presenting themselves as a citizen of other country and as if they are in search for freelance employment abroad.

It is reported that the North Korean hackers are resorting to unorthodox means to get into the cryptocurrency market. According to cybersecurity researchers, North Koreans are using stolen resumes from the internet and false identities to work remotely for bitcoin companies in order to support illegal government fund-raising campaigns.

One case study of such an incident. 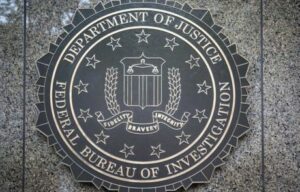 Earlier in May, USA went on to warn the entire industry that North Koreans are behaving notoriously and that the IT workers are resorting to obtaining freelance employment abroad, as a strategy to raise funds for the illegal projects of the government. The primary location of these workers is identified as China and Russia. Though the North Korean Government has consistently denied about the reports of unethical practices in the market, it seems that the government is trying to refrain from telling the truth fearing the backlash from a super power such as the USA.

According to me, using cryptocurrency for funding illegal activities is not correct and is wrong at its very core. US also is following a process to make stringent rules and regulations to eradicate such practices from the market, which is the need of the hour.