Not Google, But HP is Developing New Chromebook with 16GB RAM 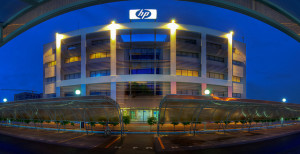 Hewlett Packard (HP) is building a new chromebook codenamed “Chell” with some impressive features, including USB Type-C charging, a touchscreen, and maybe even some kind of virtual reality capability.

Google’s Chromebook Pixel is the only real high-end model released so far. It makes sense for many to assume that it will be responsible for manufacturing this new model as well. But that doesn’t seem to be the case anymore, with HP taking Google’s place. “Chell” will feature two USB ports — one USB-C and one USB-A. It should also feature an SD card reader and Bluetooth compatibility. Code discovered in February shows that it will also have a touchscreen. There are also references in the comments that suggests the new laptop will have “VR config settings,” which means it might be one of the first Chromebooks to support virtual reality. The device will also feature 16GB of RAM and a backlit keyboard.

There are also references in the code suggesting that the system will have “VR config settings,” which means that this could be one of the first Chromebooks to support virtual reality in some way. HP had previously been reported to be working on some sort of VR technology for Chromebooks.

Another board that will apparently be getting VR features is code-named “glados.” That’s a board that’s been in testing for around a year, and which is expected to have an Intel Skylake processor.

Google is reportedly working on their own VR headset that’s said to be released later this year. If HP is implementing VR support into this device, it would make sense if the two devices were compatible. While there are other candidates, such as Razer’s open-source OSVR headset, Chrome OS isn’t a likely target due to the limited Chromebook user base.