Airbnb, The world’s leading community driven hospitality company, announced its strategic partnership with The Times of India Group. The partnership comes as part of Airbnb’s plans to focus on developing the Indian travel market. As a part of the partnership, The Times Group will drive awareness of Airbnb accommodations, and help Airbnb create a truly localized presence for India, leveraging The Times Group’s vast network of media and operational resources.

What is clear is that India is becoming a priority market for Airbnb. The tie-up will enable Airbnb to develop a “localized presence” in India while giving it access to the Times Group’s “vast network of media and operational resources”.
Earlier this year Airbnb announced that it was working with Thomas Cook India, offering international “flight plus Airbnb” packages.
And just over twelve months ago Times Group invested in Uber. The statement at the time said that Times Group reaches more than 200 million Indians across its digital, print and TV channels. 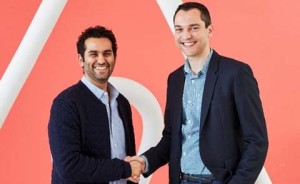 Commenting on the partnership, Nathan Blecharczyk, Chief Technology Officer & CoFounder, Airbnb, said, “We are excited about the opportunity that India presents, and to have one of the most respected partners in The Times Group. We are working on adapting our product for the Indian market so that Indian travelers can live like a local anywhere in the world.”
Satyam Gajwani, CEO of Times Internet tweeted, “We’re excited to partner with Airbnb! Look forwad to driving their growth in India.”