Nothing revealed a few additional details about its next smartphone, the Nothing phone (1), yesterday, including the fact that it will have a transparent back, wireless charging capability, and a recycled metal chassis.

However, the corporation has yet to indicate when the Nothing phone (1) will be announced. A recent leak from Germany claims that the device will be available on July 21st. It’s unclear whether that’s the start date for sales or the unveiling date, but it should be a big day for Nothing and its smartphone ambitions. 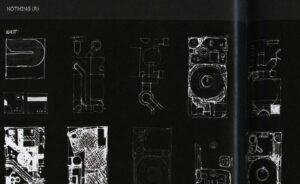 What’s more intriguing is the handset’s freshly speculated price point of roughly €500. With high-end smartphones becoming increasingly pricey each year, we immediately suspect that the Nothing phone (1) is unlikely to be an all-out flagship at such a low price. Perhaps a ‘flagship killer’ from one of the minds behind the original ‘flagship killer,’ the OnePlus One, is in order?

We’re talking about Nothing creator Carl Pei, who was previously a OnePlus co-founder. It wouldn’t be strange if he tried to follow a similar formula for this startup as he did for his last one, but this is all just rumour at the moment, so you should take it with a grain of salt.