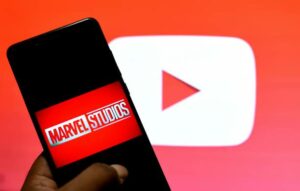 Marvel Entertainment announced the collaboration with Digital Collectibles platform Orbis Blockchain Technologies Limited, to launch the Marvel non-fungible tokens, and now the Marvel fans and collectors across the world are super excited to purchase a variety of Marvel NFTs in the coming months. This will be an all-new experience for the marvel fans as they will be able to interact with the digital collectibles and the digital comic books on the Veve Digital Collectibles app.

Veve digital collectible is soon going to be on the favorite list of Marvel fans as this will be one platform where the fans can not only buy the Marvel NFTs, but they can also trade and search for the various digital comic books and other collectibles. The Veve app will be operational on both iOS and Android and will bring joy to marvel fans soon.

Notably, the blockchain-encrypted authentication secures the exclusivity of the NFTs and sets apart the ‘original’ product, despite all the copies that exist. Also, there has been a long debate around the environmental degradation due to the production of NFTs, as the creation of Non-fungible tokens consumes a lot of electricity, and hence the NFT creators are working towards making the process of NFT creation eco friendly. In fact, some of the NFT producers claim that the new form of NFT blockchain does not use computing algorithms for verification and is environment-friendly.

The recent collaboration of Marvel with VeVe is not a threat to the environment as the VeVe platform already announced the plan to turn the platform into the first-ever carbon neutral platform. Also, the digital collectibles application uses the distributed ledger technologies in the NFT production, which are much more energy-efficient as compared to the competitors in the market as per the estimates.

The craziness around the marvel range is known worldwide and now all the eyes are on the new NFTs that are going to be on market soon. Marvel fans are curiously waiting for more details to be announced, Meanwhile, the Marvel Entertainment President, Dan Buckley said,

“Since the beginning, collecting has always gone hand in hand with being a Marvel fan. Like us, VeVe understands collecting is about the experience just as much as the product, and we look forward to extending that experience for our fans over the years to come.”